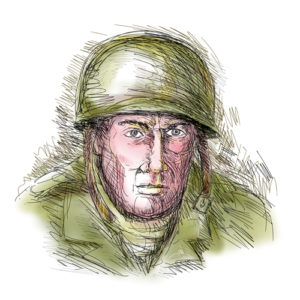 In Ware v. Hylton, 3 U.S. (3 Dall.) 199 (1796), the U.S. Supreme Court held that the federal courts are authorized to determine the constitutionality of state laws. The Court subsequently held that the Treaty of Paris took precedence over a Virginia state law.

The Facts of Ware v Hylton

The Treaty of Paris brought an end to the Revolutionary War between Britain and the United States in 1783. One of the treaty’s provisions provided that creditors of both countries should “meet no lawful impediment” when recovering bona fide debts.

A resident of the State of Virginia owed a debt to a British subject. A Virginia law enacted during the War for Independence provided for the confiscation of such debts on the grounds that the the debt was owed to an alien enemy. The administrator of the British sued in a federal court to recover on the bond. The administrator argued that the Treaty of Paris ensured the collection of such debts.

The Supreme Court struck down the Virginia law pursuant to the Constitution’s Supremacy Clause, holding that federal treaties always take precedence over conflicting state laws. In so ruling, the Court first established the authority of the Court to determine the validity of state laws.

The treaty of peace concluded between the United States and Great Britain, in 1783, enabled British creditors to recover debts previously owing to them by American citizens, notwithstanding a payment into a state treasury, under a state law of sequestration. An individual citizen of one state cannot set up the violation of a public treaty, by the other contracting party, to avoid an obligation arising under such treaty; the power to declare a treaty void, for such cause, rests solely with the government, which may, or may not, exercise its option in the premises.