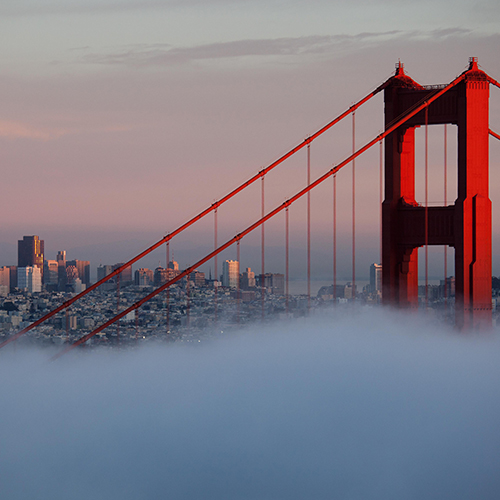 On April 19, 2016, the Supreme Court reached another 4-4 tie. In Franchise Tax Board of California v Hyatt, the justices could not decide whether to overrule Nevada v. Hall, 440 U.S. 410 (1979), a case authorizing citizens of one state to sue the officials of another in their local courts. The justices did, however, decide a second issue before the Court, holding that Nevada’s actions in the case amounted to a “‘policy of hostility to the public Acts’ of a sister State,” in violation of the Constitution’s Full Faith and Credit Clause.

The Facts in Franchise Tax Board of California v Hyatt

Gilbert Hyatt maintains that he moved from California to Nevada in 1991. However, the Franchise Tax Board of California claimed that he actually moved in 1992 and thus owes California millions in taxes, penalties, and interest. Hyatt filed suit in Nevada state court, which had jurisdiction over California under Nevada v. Hall, seeking damages for California’s alleged abusive audit and investigation practices.

California sought to dismiss the case pursuant to a California state law granting immunity. In Franchise Tax Bd. of Cal. v. Hyatt, 538 U. S. 488 (2003), the Supreme Court affirmed the Nevada Supreme Court’s ruling that Nevada courts, as a matter of comity, would immunize California to the same extent that Nevada law would immunize its own agencies and officials. The case was remanded for trial, and Hyatt was awarded almost $500 million in damages and fees.

On appeal, California argued that the Constitution’s Full Faith and Credit Clause required Nevada to limit damages to $50,000, the maximum that Nevada law would permit in a similar suit against its own officials. The Nevada Supreme Court, however, affirmed, ruling that the $50,000 maximum did not apply.

The Legal Background of Franchise Tax Board of California v Hyatt

When interpreting the Full Faith and Credit Clause, the Supreme Court has acknowledged that the Constitution “does not require a State to substitute for its own statute, applicable to persons and events within it, the statute of another State reflecting a conflicting and opposed policy.” However, the Court has also emphasized that State must “not adopt any policy of hostility to the public Acts” of that other State.

The Majority Decision in Franchise Tax Board of California v Hyatt

The Supreme Court split 4-4 with regard to whether Hall should be overruled, which resulted in “affirmance of Nevada’s exercise of jurisdiction over California’s state agency.”

On the merits, the majority reversed the Nevada Supreme Court’s decision, holding that Nevada “applied a special rule of law that evinces a ‘policy of hostility’ toward California.”

According to the majority, the Constitution does not permit Nevada to award damages against California agencies under Nevada law that are greater than it could award against Nevada agencies in similar circumstances. “Nevada has not applied the principles of Nevada law ordinarily applicable to suits against Nevada’s own agencies. Rather, it has applied a special rule of law applicable only in lawsuits against its sister States, such as California,” Justice Breyer wrote.

In reaching its decision, the majority highlighted that it was not returning to the “complex ‘balancing-of-interests approach to conflicts of law under the Full Faith and Credit Clause.’” As Justice Breyer stated, “Rather, Nevada’s hostility toward California is clearly evident in its decision to devise a special, discriminatory damages rule that applies only to a sister State.”

The Dissent in Franchise Tax Board of California v Hyatt

Chief Justice John Roberts filed a dissenting opinion in which Justice Clarence Thomas joined. While the Chief Justice acknowledged that the majority’s decision was fair, he maintained that it failed to comply with the Full Faith and Credit Clause. “[F]or better or worse, the word ‘fair’ does not appear in the Full Faith and Credit Clause,” he wrote.

As the Chief Justice further argued:

The Court’s decision is contrary to our precedent holding that the Clause does not block a State from applying its own law to redress an injury within its own borders. The opinion also departs from the text of the Clause, which— when it applies—requires a State to give full faith and credit to another State’s laws. The Court instead permits partial credit: To comply with the Full Faith and Credit Clause, the Nevada Supreme Court need only afford the Board the same limited immunity that Nevada agencies enjoy.