Bank of the United States v Deveaux: The Citizenship of Corporations 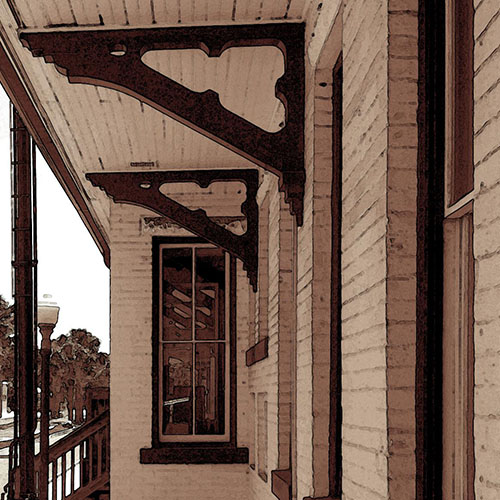 Bank of the United States v Deveaux: The Citizenship of Corporations

In Bank of the United States v. Deveaux, 5 Cranch 61 (1809), the U.S. Supreme Court first considered the citizenship of corporations for the purposes of diversity jurisdiction. The Court unanimously concluded a corporation was not a “citizen.”

The Facts of Bank of the United States v Deveaux

The Bank of the United States filed a lawsuit against Peter Deveaux, a Georgia tax collector, to reclaim property he had seized when the bank refused to pay state taxes. In defending the suit, Deveaux maintained that the bank couldn’t sue in federal court because a corporation was not a citizen for purposes of diversity of citizenship jurisdiction. Deveaux further argued that if the bank was indeed a citizen, there was no diversity because several of its shareholders resided in Georgia.

Thus, the U.S. Supreme Court was tasked with addressing two novel issues: 1. whether a corporation could sue or be sued in a federal court under diversity jurisdiction; and 2. if so, how should the citizenship of the corporation be determined for diversity purposes?

The Legal Background in Bank of the United States v Deveaux

Pursuant to Article III, Section 2 of the U.S. Constitution:

The judicial Power shall extend to all Cases, in Law and Equity, arising under this Constitution, the Laws of the United States, and Treaties made, or which shall be made, under their Authority;–to all Cases affecting Ambassadors, other public Ministers and Consuls;–to all Cases of admiralty and maritime Jurisdiction;–to Controversies to which the United States shall be a Party;–to Controversies between two or more States;– between a State and Citizens of another State,–between Citizens of different States,–between Citizens of the same State claiming Lands under Grants of different States, and between a State, or the Citizens thereof, and foreign States, Citizens or Subjects.

Thus, under the Constitution, diversity of citizenship can form the basis for federal court jurisdiction. The Framers’ rationale was that state courts might favor their own citizens or be otherwise biased against the citizens of another state.

By a vote of 6-0, the Supreme Court held that held that a corporate entity was not a “citizen” for purposes of diversity jurisdiction. Chief Justice John Marshall wrote on behalf of the Court. As he explained:

That invisible, intangible, and artificial being, that mere legal entity, a corporation aggregate, is certainly not a citizen; and, consequently, cannot sue or be sued in the courts of the United States, unless the rights of the members, in this respect, can be exercised in their corporate name.

Nonetheless, the Court upheld diversity jurisdiction because the members of the bank were citizens of one State and Deveaux was a citizen of another. “The controversy is substantially between aliens, suing by a corporate name, and a citizen, or between citizens of one state, suing by a corporate name, and those of another state,” the Chief Justice wrote.

In 1844, the Supreme Court overruled Deveaux. In Louisville, Cincinnati & Charleston Railroad Co. v. Letson, 43 U.S. (2 How.) 497 (1844), the Court held that, for purposes of diversity jurisdiction, a corporation is a “citizen” of the state in which it is incorporated. One decade later, the Court again reversed course. In Marshall v. Baltimore & Ohio Railroad, 57 U.S. (16 How.) 314 (1854), the Court adopted a conclusive presumption that all shareholders of a corporation are citizens of the state of incorporation when determining diversity.