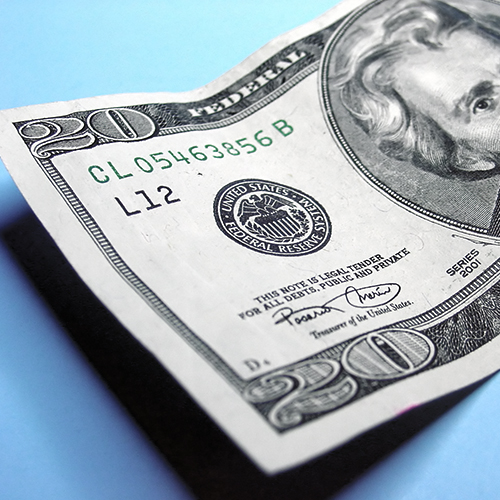 The Sixteenth Amendment to the U.S. Constitution eliminated the requirement that federal taxes be levied on individuals in proportion with the populations of their states. The amendment cleared the way for the imposition of federal incomes taxes.

Under the original Constitution, Congress was authorized to levy taxes on the American people. However, if Congress wanted to tax people directly, it could only do so in proportion to each state’s population. This meant that the larger states had to pay a greater share of the federal taxes no matter what.

To help finance the Civil War, Congress issued an “Income Tax” that directly taxed people based on their own individual incomes irrespective of how populated their home state was. The first federal income tax law, the Revenue Act of 1861, levied a flat tax of three percent on annual income in excess of $800. Similar statutes followed, which proved to be an effective way to generate revenue for the federal government.

After the Civil War taxes expired, political support continued for a federal income tax among Democrats, Progressives, and Populists. Pursuant to the first peacetime income tax, the Income Tax Act of 1894, any “gains, profits and incomes” in excess of $4,000 were to be taxed at two percent for a period of five years. Not everyone supported the tax, including wealthy industrialists. Charles Pollock, a stockholder in Farmers’ Loan & Trust Company, pursued his legal challenge all the way to the U.S. Supreme Court.

In Pollock v. Farmers Loan & Trust Co., 157 U.S. 429 (1895), a divided U.S. Supreme Court held that federal taxes on interest, dividends, and rents violated Article 1 of the U.S. Constitution because they were not apportioned according to representation. While the Court acknowledged that apportionment was a burdensome task, the Court noted that the requirement was intended to “to restrain the exercise of the power of direct taxation to extraordinary emergencies, and to prevent an attack upon accumulated property by mere force of numbers.”

As Justice John Marshall Harlan noted in his dissenting opinion, the practical result was that the federal government would not raise money through federal income taxes without amending the Constitution. He wrote:

It practically decides that, without an amendment of the Constitution—two-thirds of both Houses of Congress and three-fourths of the States concurring—such property and incomes can never be made to contribute to the support of the national government.

The Text of the Sixteenth Amendment

“The Congress shall have power to lay and collect taxes on incomes, from whatever source derived, without apportionment among the several States, and without regard to any census or enumeration.”

Accordingly, the amendment expressly overruled the Supreme Court’s decision in Pollock and cleared the way for direct income taxes that were not apportioned based on state populations.

The Evolution of the Federal Income Tax

After the Sixteenth Amendment was passed, Congress enacted the Revenue Act of 1913. The statute reduced tariff duties, which had previously been the federal government’s primary source of income, and imposed a one percent federal tax on individuals with incomes exceeding $3,000 and married couples earning $4,000 or more. The income tax law also adopted a progressive tax structure, under which Americans with higher incomes were taxed at higher rates. The top tax rate was 7 percent on incomes above $500,000.

Over the past century, the federal income tax rate has fluctuated significantly, and the rules for taxation have grown more complex. In cases of war, the top rate has increased significantly. During World War I, the top rate rose to 77 percent for those earning more than $1,000,000. While rates were subsequently lowered, they jumped to historic highs during World War II. During 1944 and 1945, the top rate increased to 94 percent, and the top income tax bracket was lowered to $200,000. The lowest bracket was taxed at a rate of 23 percent.

The federal government has also lowered the income tax rate to bolster economic activity. During the Reagan Administration, the first bracket was taxed at 15 percent, while the top bracket was taxed at 28 percent. In 2016, top earners will be taxed at a rate of $39.6 percent. Overall, Americans will pay an estimate $3.3 trillion in federal taxes this year.