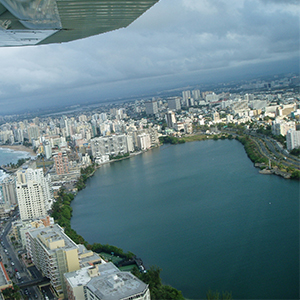 Luis Sánchez Valle and Jaime Gómez Vázquez each sold a gun to an undercover police officer. Puerto Rican prosecutors indict­ed them for illegally selling firearms in violation of the Puerto Rico Arms Act of 2000. While those charges were pending, federal grand juries also indicted them, based on the same transactions, for violations of analogous U. S. gun trafficking statutes. Both defendants pleaded guilty to the federal charges and moved to dismiss the pend­ing Commonwealth charges on double jeopardy grounds.

The trial court in each case dismissed the charges. In the ruling, they rejected prosecutors’ ar­guments that Puerto Rico and the United States are separate sover­eigns for double jeopardy purposes and, therefore, could bring successive prosecutions against each defendant. The Puerto Rico Court of Ap­peals consolidated the cases and reversed. The Supreme Court of Puerto Rico granted review and held, in line with the trial court, that Puerto Rico’s gun sale prosecutions violated the Double Jeopardy Clause.

The Double Jeopardy Clause of the Fifth Amendment generally prohibits more than one prosecution for the same of­fense. However, under dual-sovereignty doctrine, a single act gives rise to distinct offenses—and thus may subject a person to successive prosecutions—if it violates the laws of separate sovereigns. Under the dual-sovereignty test, if two entities derive their power to punish from independ­ent sources, then they may bring successive prosecutions. However, if they draw their power from the same ultimate source, then they may not.

According to the majority, a dual-sovereignty analysis requires the Court to determine the “furthest-back source of prosecutorial power.” As Justice Kagan further explained:

If two entities derive their power to punish from wholly independent sources (imagine here a pair of parallel lines), then they may bring successive prosecutions. Conversely, if those entities draw their power from the same ultimate source (imagine now two lines emerging from a common point, even if later diverging), then they may not.

Applying this standard, the Justice Kagan noted that because states rely on “authority originally belonging to them before admission to the Union and preserved to them by the Tenth Amendment,” state prosecutions have their roots in an “inherent sovereignty” unconnected to the U. S. Congress.

Conversely, the majority cited a series of “Insular Cases” that addressed the legal relationship between the United States and its territories. Most applicable this case, the Court held that U. S. territories are not sovereigns distinct from the United States. In Puerto Rico v. Shell Co. (P. R.), Ltd., 302 U. S. 253 (1937), it further held that federal and territorial prosecu­tors do not derive their powers from independent sources of authori­ty because “the territorial and federal laws [were] creations emanating from the same sovereignty.”

While the Court acknowledged the significance of Puerto Rico drafting its own constitution in 1950 and subsequently becoming a “commonwealth,” it concluded that it did not change the outcome.

“Put simply, Congress conferred the authority to create the Puerto Rico Constitution, which in turn confers the authority to bring criminal charges,” Justice Kagan wrote. “That makes Congress the original source of power for Puerto Rico’s prosecutors— as it is for the Federal Government’s. The island’s Constitution, sig­nificant though it is, does not break the chain.”

In support of the commonwealth’s sovereignty, Breyer noted that the United States represented to the United Nations that Puerto Rico had achieved “the full measure of self-government” when it enacted its constitution. He further highlighted that Puerto Rican Supreme Court “has consistently held, over a period of more than 50 years, that Puerto Rico’s people (and not Congress) are the ‘source’ of Puerto Rico’s local criminal laws.”