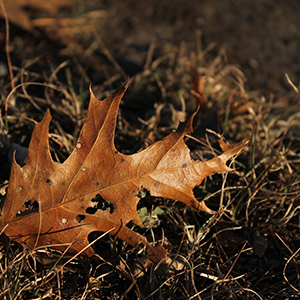 In Williams v Pennsylvania, the U.S. Supreme Court held that judges must recuse themselves in cases that they once prosecuted 579 U.S. ___ (2016). By a vote of 5-3, the justices held that a Pennsylvania judge’s participation in a death penalty case violated the Due Process Clause of the Fourteenth Amendment.

The Facts of Williams v Pennsylvania

Terrance Williams was convicted of the 1984 murder of Amos Norwood and sentenced to death. During the trial, the then-district attorney of Philadelphia, Ronald Castille, approved the trial prosecutor’s request to seek the death penalty against Williams.

Some thirty years later, Williams filed a petition pursuant to Pennsylvania’s Post Conviction Relief Act (PCRA), arguing that the prosecutor had obtained false testimony from his codefendant and suppressed material, exculpatory evidence in violation of Brady v. Maryland. After determining that the trial prosecutor had committed Brady violations, the PCRA court stayed Williams’s execution and ordered a new sentencing hearing.

The Commonwealth asked the Pennsylvania Supreme Court, whose chief justice was former District Attorney Castille, to vacate the stay. Williams filed a motion asking Chief Justice Castille to recuse himself or, if he declined to do so, to refer the motion to the full court for decision. Without explanation, the chief justice denied Williams’s motion for recusal and the request for its referral. He subsequently joined the State Supreme Court opinion vacating the PCRA court’s grant of penalty-phase relief and reinstating Williams’s death sentence. On appeal before the Supreme Court, the question before the justices was whether the justice’s denial of the recusal motion and his subsequent judicial participation violated the Due Process Clause of the Fourteenth Amendment.

By a vote of 5-3, the Court answered yes. “Under the due process clause there is an impermissible risk of actual bias when a judge earlier had significant, personal involvement as a prosecutor in a critical decision regarding the defendant’s case,” the Court held. Justice Anthony Kennedy authored the majority opinion.

“No attorney is more integral to the accusatory process than a prosecutor who participates in a ma­jor adversary decision,” Justice Kennedy noted. “As a result, a serious question arises as to whether a judge who has served as an advocate for the State in the very case the court is now asked to adjudicate would be influenced by an improper, if inadvertent, motive to validate and preserve the re­sult obtained through the adversary process.”

The Dissent in Williams v Pennsylvania

Chief Justice John Roberts, and Justices Samuel Alito and Clarence Thomas dissented. The Chief Justice criticized the majority’s application of the maxim that “no man can be a judge in his own case” to the facts of the case, arguing that because Chief Justice Castille did not have any previous knowledge of the contested facts at issue in the habeas petition, or previously make any decision on the questions raised by that petition, he was not required to recuse himself. “The majority opinion rests on proverb rather than precedent,” Roberts wrote.