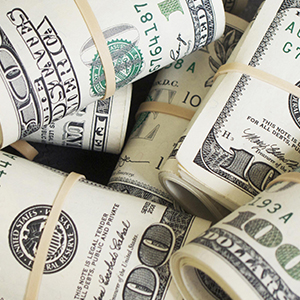 Puerto Rico is having a bad month, at least as far as the U.S. Supreme Court is concerned. In Commonwealth of Puerto Rico v Franklin California Tax-Free Trust 579 U.S. ___ (2016), the justices struck down a law that would have allowed public utilities in the commonwealth to restructure $20 billion in debt. According to the majority, Puerto Rico’s 2014 law is barred by the federal Bankruptcy Code.

In an attempt to address its ongoing fiscal crisis, Puerto Rico enacted the Puerto Rico Public Corporation Debt Enforcement and Recovery Act, which allowed three of its public utility corporations to restructure more than $20 billion of debt. A group of investment funds and utility bondholders sought to enjoin the Act, arguing that a Bankruptcy Code provision explicitly pre-empts the Recovery Act. The District Court enjoined the Act’s enforcement, and the First Circuit affirmed, concluding that the Bankruptcy Code’s definition of “State” to include Puerto Rico, except for purposes of defining who may be a debtor under Chapter 9, §101(52), did not remove Puerto Rico from the scope of the pre-emption provision.

By a vote of 5-2, the Court held that Section 903(1) of the Bankruptcy Code pre-empts Puerto Rico’s Recovery Act. Justice Clarence Thomas wrote the majority opinion.

To arrive at its decision, the majority analyzed three relevant provisions of the Bankruptcy Code. First, the so-called “gateway” provision, §109(c), requires a Chapter 9 debtor to be an insolvent municipality that is “specifically authorized” by a State “to be a debtor.” Second, the pre-emption provision, §903(1), expressly bars States from enacting its own municipal bankruptcy laws. Third, the definition of “State,” §101(52), as amended in 1984, “includes… Puerto Rico, except for the purpose of defining who may be a debtor under chapter 9.”

According to the majority, the plain language of the pre-emption provision indicates that it applies to Puerto Rico, and that Puerto Rico is exempted from the definition of a “State” solely with regard to its authority to define which municipalities may be a debtor. As Justice Thomas explained:

The definition provision excludes Puerto Rico for the single purpose of defining who may be a Chapter 9 debtor, an unmistakable reference to the §109 gateway provision. This conclusion is reinforced by the definition’s use of the phrase “defining who may be a debtor under chapter 9,” §101(52), which is tantamount to barring Puerto Rico from “specifically authorizing” which municipalities may file Chapter 9 petitions under the gateway provision, §903(1). The text of the exclusion thus extends no further. Had Congress intended to exclude Puerto Rico from Chapter 9 altogether, including Chapter 9’s pre-emption provision, Congress would have said so.

Justice Sonia Sotomayor authored a dissent in which Justice Ruth Bader Ginsburg joined. Justice Sotomayor criticized the majority’s approach as too mechanical, arguing that “the Court rejects contextual analysis in favor of a syllogism.” She also highlighted its devastating impact on Puerto Rico’s citizens, noting that the ruling leaves Puerto Rico “powerless and with no legal process to help” its citizens.