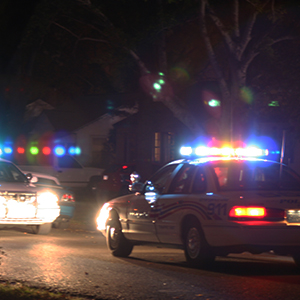 In Utah v Strieff, the U.S. Supreme Court held that evidence seized incident to a lawful arrest on an outstanding warrant need not be suppressed just because the warrant was discovered during an investigatory stop, later found to be unlawful. The 5-3 decision narrowly interpreted the Fourth Amendment’s often-controversial exclusionary rule.

The Facts in Utah v Strieff

Narcotics detective Douglas Fackrell conducted surveillance on a South Salt Lake City residence, based on an anonymous tip about drug activity. The number of people he observed making brief visits to the house over the course of a week raised Fackrell’s suspicion that the occupants were dealing drugs. After observing Edward Strieff leave the residence, Officer Fackrell detained Strieff at a nearby parking lot, identifying himself, and questioned Strieff about what was going on at the house. Fackrell then ID’d Strieff, and upon relaying the information to a dispatcher, was informed that Strieff had an outstanding arrest warrant for a traffic violation. Officer Fackrell then arrested Strieff, searched him, and found methamphetamine and drug paraphernalia. Strieff moved to suppress the evidence, arguing that it was derived from an unlawful investigatory stop. The trial court denied the motion, and the Utah Court of Appeals affirmed. The Utah Supreme Court reversed and ordered the evidence suppressed.

The Fourth Amendment protects “[t]he right of the people to be secure in their persons, houses, papers, and effects, against unreasonable searches and seizures.” When Fourth Amendment violations do occur, the exclusionary rule often requires trial courts to exclude unlawfully seized evidence in a criminal trial.

Under existing Supreme Court’s precedents, the exclusionary rule encompasses both the “primary evidence obtained as a direct result of an illegal search or seizure” as well as “evidence later discovered and found to be derivative of an illegality.” The so-called “fruit of the poisonous tree” doctrine, however, is “applicable only . . . where its deterrence benefits outweigh its substantial social costs.” Hudson v. Michigan, 547 U. S. 586, 591 (2006).

The Court has also recognized several exceptions to the exclusionary rule. The independent source doctrine set forth in Murray v. United States, 487 U. S. 533, 537 (1988) allows trial courts to admit evidence obtained in an unlawful search if officers independently acquired it from a separate, independent source. As established under Nix v. Williams, 467 U. S. 431, 443–444 (1984), the discovery doctrine allows for the admission of evidence that would have been discovered even without the unconstitutional source. Pursuant to the attenuation doctrine, evidence is admissible when the connection between unconstitutional police conduct and the evidence is remote or has been interrupted by some intervening circumstance, so that “the interest protected by the constitutional guarantee that has been violated would not be served by suppression of the evidence obtained” (Hudson v. Michigan, 547 U. S. 586, 593).

As a threshold matter, the majority concluded that the attenuation applied “where the intervening circumstance is the discovery of a valid, pre-existing, and untainted arrest warrant.” The Court then applied the attenuation factors from Brown v. Illinois, 422 U. S. 590 (1975). As explained by Justice Thomas:

The first, “temporal proximity” between the initially unlawful stop and the search favors suppressing the evidence. Officer Fackrell discovered drug contraband on Strieff only minutes after the illegal stop. In contrast, the second factor, “the presence of intervening circumstances” strongly favors the State. The existence of a valid warrant, predating the investigation and entirely unconnected with the stop, favors finding sufficient attenuation between the unlawful conduct and the discovery of evidence. That warrant authorized Officer Fackrell to arrest Strieff, and once the arrest was authorized, his search of Strieff incident to that arrest was undisputedly lawful. The third factor, “the purpose and flagrancy of the official misconduct,” also strongly favors the State. Officer Fackrell was at most negligent, but his errors in judgment hardly rise to a purposeful or flagrant violation of Strieff’s Fourth Amendment rights. After the unlawful stop, his conduct was lawful, and there is no indication that the stop was part of any systemic or recurrent police misconduct.

The Dissent in Utah v Strieff

Justice Sotomayor wrote the most strongly-worded dissent, which touched on ongoing tensions regarding racial profiling and police misconduct. Sotomayor opined that the majority opinion “implies that you are not a citizen of a democracy but the subject of a carceral state, just waiting to be cataloged.” The voices of those “who are routinely targeted by police . . . are the canaries in the coal mine whose deaths, civil and literal, warn us that no one can breathe in this atmosphere.” “Until their voices matter too,” she concludes, “our justice system will continue to be anything but.”