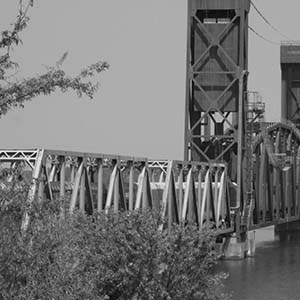 In Brady v Maryland, 373 U.S. 83 (1963), the U.S. Supreme Court held that prosecutors must fully disclose to the accused all exculpatory evidence in their possession. The Court’s holding is commonly known as the “Brady Rule.”

The Facts in Brady v Maryland

Brady and a companion, Boblit, were found guilty of murder in the first degree and were sentenced to death. At his trial, Brady admitted on the stand that he had participated in the crime. However, he maintained that Boblit was the one who killed the victim. In his closing statement, Brady’s counsel conceded that Brady was guilty of murder in the first degree, asking only that the jury return that verdict “without capital punishment.”

Before the trial, Brady’s lawyer requested that the prosecution permit him to examine Boblit’s extrajudicial statements. While the attorney received several statements, the prosecution withheld the one in which Boblit admitted the actual homicide. Brady did not become aware of Boblit’s statement until after he had been tried, convicted, and sentenced, and his conviction affirmed.

By a 7-2 vote, the Supreme Court agreed that Brady’s due process rights were violated. William O. Douglass authored the majority opinion:

“We now hold that the suppression by the prosecution of evidence favorable to an accused upon request violates due process where the evidence is material either to guilt or to punishment, irrespective of the good faith or bad faith of the prosecution,” Justice Douglass wrote.

On the rationale behind the majority’s decision, Douglass noted that “Society wins not only when the guilty are convicted, but when criminal trials are fair; our system of the administration of justice suffers when any accused is treated unfairly.”

The Court determined that Boblit’s statements would not have exculpated Brady, but did, however, find that the evidence would have impacted his sentence and, therefore, upheld that Court of Appeal’s decision.

Notably, the Brady decision did not expressly address when exculpatory evidence is considered to be “material.” However, subsequent cases have established that evidence is “material” if “there is a reasonable probability that his conviction or sentence would have been different had these materials been disclosed.”