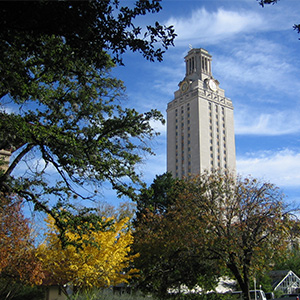 In Fisher v University of Texas at Austin (2016), the U.S. Supreme Court held that the race-conscious admissions program in use by the university when Abigail Fisher applied to the school in 2008 is lawful under the Constitution’s Equal Protection Clause. The justices split 4-3 on the controversial affirmative action case.

When admitting undergraduate students, the University of Texas at Austin (University) considers two components. As mandated by the State’s Top Ten Percent Law, it offers admission to any students who graduate from a Texas high school in the top 10 percent of their class. It then fills the remainder of its incoming freshman class by combining an applicant’s “Academic Index,” which includes the student’s SAT score and high school academic performance, with the applicant’s “Personal Achievement Index,” a holistic review containing numerous factors, including race. The University adopted its current admissions process in 2004, after overhauling its procedures in the wake of prior Supreme Court decisions regarding affirmative action.

Petitioner Abigail Fisher, who was not in the top 10 percent of her high school class, was denied admission to the University’s 2008 freshman class. She filed suit, alleging that the University’s consideration of race as part of its holistic-review process discriminated against Caucasian applicants, in violation of the Equal Protection Clause. The District Court sided with the University, and the Fifth Circuit affirmed. In Fisher v. University of Texas at Austin, 570 U. S. ___ (Fisher I), the U.S. Supreme Court vacated the judgment. It remanded the case back to the Fifth Circuit Court of Appeals for “failing to hold the university to the demanding burden of strict scrutiny.” On remand, the Fifth Circuit again affirmed the entry of summary judgment for the University.

The Majority Decision in Fisher v University of Texas at Austin

The Court upheld the University of Texas’s admissions program, confirming that educational institutions may consider race as one of several factors when seeking to create a diverse student body. Justice Anthony Kennedy, who had previously voted against affirmative action, authored the majority opinion, in which Justices Ruth Bader Ginsburg, Stephen G. Breyer and Sonia Sotomayor joined. Justice Elena Kagan recused herself from the matter.

“Considerable deference is owed to a university in defining those intangible characteristics, like student body diversity, that are central to its identity and educational mission,” Justice Kennedy wrote. “But still, it remains an enduring challenge to our nation’s education system to reconcile the pursuit of diversity with the constitutional promise of equal treatment and dignity.”

In reaching its decision, the Court rejected the notion that universities must make admissions decisions based on rigid measures, such as class rank, and expressed support for more holistic admissions decisions. “Privileging one characteristic above all others does not lead to a diverse student body,” Kennedy wrote. “Indeed, to compel universities to admit students based on class rank alone is in deep tension with the goal of educational diversity as this Court’s cases have defined it.”

The Dissent in Fisher v University of Texas at Austin

“Even though U.T. has never provided any coherent explanation for its asserted need to discriminate on the basis of race, and even though U.T.’s position relies on a series of unsupported and noxious racial assumptions,” he wrote, “the majority concludes that U.T. has met its heavy burden. This conclusion is remarkable — and remarkably wrong.”