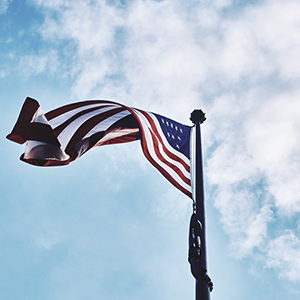 In Sturges v Crowninshield, 17 U.S. (4 Wheat.) 122 (1819), the U.S. Supreme Court considered whether a New York bankruptcy law, and its retroactive application, were constitutional. The justices concluded that federal power over bankruptcy was not exclusive. However, they struck down the retroactive aspect of the law as violating the Constitution’s Contracts Clause.

The Facts of Sturges v Crowninshield

In 1811, the State of New York enacted a statute that freed debtors from imprisonment for debt and discharged their debt if they assigned their property for the benefit of their creditors. The law contained a provision stating that it applied to debts contracted before the statute was enacted.

The Supreme Court was asked to determine two constitutional questions. The first was whether “any State has authority to pass a bankrupt law, or whether the power is exclusively vested in the congress of the United States.” Pursuant to Article I, Section 8 of the Constitution, “The congress shall have power…to establish a uniform rule of naturalization, and uniform laws on the subject of bankruptcies throughout the United States.”

The second issue was whether the New York bankruptcy law impaired the obligation of contracts, within the meaning of the constitution of the United States. Pursuant to Article I, Section 10 of the U.S. Constitution, the states may not pass any law “impairing the Obligation of Contracts.”

While the Court held that New York was authorized to enact a bankruptcy law, it nonetheless found the statute unconstitutional under the Contracts Clause. Chief Justice John Marshall wrote the Court’s opinion, which is largely viewed as a compromise between the Republicans and Federalists on the Court.

The constitution does not grant to the States the power of passing bankrupt laws, or any other power; but finds them in possession of it, and may either prohibit its future exercise entirely, or restrain it so far as national policy may require. It has so far restrained it as to prohibit the passage of any law impairing the obligation of contracts. Although, then, the States may, until that power shall be exercised by congress, pass laws concerning bankrupts, yet they cannot constitutionally introduce into such laws a clause which discharges the obligations the bankrupt has entered into.