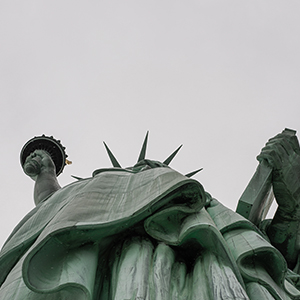 In Osborn v Bank of the United States, 22 US. (9 Wheat.) 738 (1824), the U.S. Supreme Court addressed Article III’s grant of judicial power over cases “arising under” federal law. In his opinion, Chief Justice John Marshall broadly interpreted the power of Congress to confer jurisdiction to the federal courts.

The Facts of Osborn v Bank of the United States

In violation of the Supreme Court’s prior decision in McCulloch v. Maryland, 17 U.S. (4 Wheat.) 316 (1819), which held that the states may not tax national banks, Ohio imposed a state tax on the Bank of the United States. The Bank sought a temporary injunction in a federal circuit court to prevent Ohio’s state auditor from collecting. Although the court granted the injunction, the Ohio auditor, Ralph Osborn, ignored the order and seized $120,475 from the Bank by force. The circuit court ordered the state officials to return the money. They appealed to the United States Supreme Court, arguing that the federal court lacked jurisdiction over the suit.

Article III of the Constitution states: “The judicial power shall extend to all cases, in law and equity, arising under this Constitution, the laws of the United States, and treaties made, or which shall be made, under their authority.”

By a vote of 6-1, the Supreme Court upheld the circuit court’s ruling. “A State cannot tax the Bank of the United States, and any attempt on the part of its agents and officers to enforce the collection of such tax against the property of the Bank may be restrained by injunction from the circuit court,” Chief Justice John Marshall wrote.

With regard to whether the circuit court had jurisdiction over the suit, the Court broadly interpreted Congressional power to confer jurisdiction. It found there was nothing in the Constitution to prevent Congress from giving inferior courts original jurisdiction over matters to which the Supreme Court’s appellate jurisdiction extends.

The Court further held that a case arises under federal law for the purposed of Article III whenever federal law “forms an ingredient of an original cause.” As the Chief Justice further explained:

We think, then that when a question to which the judicial power of the Union is extended by the Constitution forms an ingredient of the original cause, it is in the power of Congress to give the circuit courts jurisdiction of that cause, although other questions of fact or of law may be involved in it.

The Court also addressed the sovereign immunity protections of the Eleventh Amendment. It held that Eleventh Amendment only applies to suits in which the state is a named party. Although Osborn was acting in his official capacity, the Court held that he was not entitled to immunity from suit.