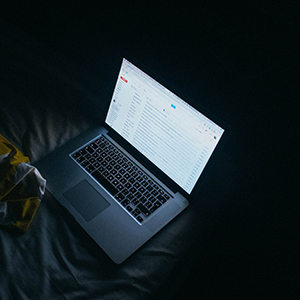 While Spokeo, Inc. v Robins, 578 U. S. ____ (2016), was one of the most anticipated decisions of the October 2016 Term, the U.S. Supreme Court ultimately remanded the case back to the Ninth Circuit Court of Appeals to further address the issue of standing. By a vote of 6-2, the Court held that the federal appeals court failed to properly determine whether the lead plaintiff in the class-action lawsuit alleged an injury in fact.

The Facts of Spokeo v Robins

Thomas Robins filed a federal class-action complaint against Spokeo, Inc., alleging that the company willfully failed to comply with the Fair Credit Reporting Act of 1970 (FCRA). The federal statute requires consumer reporting agencies to “follow reasonable procedures to assure maximum possible accuracy of” consumer reports and imposes liability on “[a]ny person who willfully fails to comply with any requirement [of the Act] with respect to any” individual, §1681n(a). Spokeo operates a “people search engine,” which searches a wide spectrum of databases to gather and provide personal information about individuals to a variety of users, including employers wanting to evaluate prospective employees. According to Robins, his Spokeo-generated profile contained inaccurate information.

The District Court dismissed Robins’ complaint, holding that he had not properly pleaded injury in fact as required by Article III of the U.S. Constitution. The Ninth Circuit reversed. Based on Robins’ allegation that “Spokeo violated his statutory rights” and the fact that Robins’ “personal interests in the handling of his credit information are individualized,” the court held that Robins had adequately alleged an injury in fact.

The question presented before the Supreme Court was whether Congress may confer Article III standing upon a plaintiff who suffers no concrete harm, and who therefore could not otherwise invoke the jurisdiction of a federal court, by authorizing a private right of action based on a bare violation of a federal statute.

The Court ordered the Ninth Circuit to reconsider the issue of standing. “Because the Ninth Circuit failed to consider both aspects of the injury-in-fact requirement, its Article III standing analysis was incomplete,” the Court held. Justice Samuel Alito authored the majority opinion.

Under existing Court precedent, the “irreducible constitutional minimum” of standing consists of three elements. The plaintiff must have (1) suffered an injury in fact, (2) that is fairly traceable to the challenged conduct of the defendant, and (3) that is likely to be redressed by a favorable judicial decision. As Justice Alito emphasized, the plaintiff’s injury must be both “concrete and particularized.”

According to the majority, the federal appeals court “elided” the two requirements of the test. As Justice Alito noted, concreteness is not the same as particularization. “Concreteness is quite different from particularization and requires an injury to be ‘de facto,’ that is, to actually exist,” he explained. In concluding that the Ninth Circuit also failed to address whether the alleged procedural violations entail a degree of risk sufficient to meet the concreteness requirement, the majority highlighted that “concrete” is not necessarily synonymous with tangible. While the Court stated that Congress is well positioned to identify intangible harms that meet minimum Article III requirements, it also noted:

Congress’ role in identifying and elevating intangible harms does not mean that a plaintiff automatically satisfies the injury-in-fact requirement whenever a statute grants a person a statutory right and purports to authorize that person to sue to vindicate that right. Article III standing requires a concrete injury even in the context of a statutory violation.

The Dissent in Spokeo v Robins

Justice Ruth Bader Ginsburg authored a dissenting opinion, which was joined by Justice Sonia Sotomayor.  Although the dissenters generally agreed with the majority’s legal reasoning, they did not believe that the case needed to be remanded to the Ninth Circuit. Instead, they argued that Robins had already alleged a concrete harm in his complaint. “Spokeo’s misinformation,” Justice Ginsburg wrote “caused actual harm to [Robins’s] employment prospects.”