Martin v. Mott: The President’s Power Under the Militia Clause 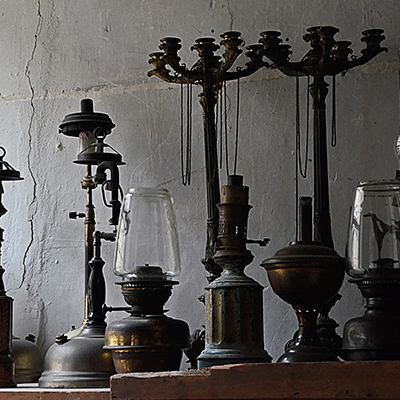 In Martin v. Mott, 25 U.S. 19 (1827), the U.S. Supreme Court addressed the Constitution’s Militia Clause. It held that the President, as commander in chief, has the unilateral power to call up state militias for duty during times of war.

Pursuant to Article 1, Section 8, Clause 15 of the U.S. Constitution, Congress shall have the power:

To provide for calling forth the Militia to execute the Laws of the Union, suppress Insurrections and repel Invasions;

To provide for organizing, arming, and disciplining, the Militia, and for governing such Part of them as may be employed in the Service of the United States, reserving to the States respectively, the Appointment of the Officers, and the Authority of training the Militia according to the discipline prescribed by Congress.

In pursuance of this authority, Congress passed the Act of 1795, which delegated most of its power to call up militias to the president. It provided:

[T]hat whenever the United States shall be invaded, or be in imminent danger of invasion from any foreign nation or Indian tribe, it shall be lawful for the president of the United States to call forth such number of the militia of the state or states most convenient to the place of danger, or scene of action, as he may judge necessary to repel such invasion, and to issue his order for that purpose to such officer or officers of the militia as he shall think proper.

In 1794, President George Washington relied on the Militia Clause to call up state militias to put down the “Whiskey Rebellion.” Mott refused to enter military service and was subject to court martial. Mott was fined $96 for disobedience. When he refused to pay, the court seized his goods. After New York’s highest court sided with Mott, the Supreme Court was asked to hear the case.

The Supreme Court unanimously held that the president had the sole authority to determine when the militia should be called out. Justice Story authored the Court’s opinion.

In reaching its decision, the Court acknowledged that military power should not be exercised lightly. “A free people are naturally jealous of the exercise of military power; and the power to call the militia into actual service, is certainly felt to be one of no ordinary magnitude,” Justice Story wrote. “But it is not a power which can be executed without a correspondent responsibility. It is, in its terms, a limited power, confined to cases of actual invasion, or of imminent danger of invasion.”

With regard to who has the power to determine whether an exigency has arisen, the Court concluded that the authority lies exclusively with the president and cannot be questioned by individual officers. As the opinion explained:

We are all of opinion, that the authority to decide whether the exigency has arisen, belongs exclusively to the president, and that his decision is conclusive upon all other persons. We think that this construction necessarily results from the nature of the power itself, and from the manifest object contemplated by the act of congress. The power itself is to be exercised upon sudden emergencies, upon great occasions of state, and under circumstances which may be vital to the existence of the Union. A prompt and unhesitating obedience to orders is indispensable to the complete attainment of the object. The service is a military service, and the command, of a military nature; and in such cases, every delay, and every obstacle to an efficient and immediate compliance, necessarily tend to jeopard the public interests.

The Court further noted that Constitution established that the president is “the commander-in-chief of the militia, when called into the actual service of the United States,” and that the president’s duty it is to “take care that the laws be faithfully executed.” Accordingly, the justices further reasoned:

He is necessarily constituted the judge of the existence of the exigency, in the first instance, and is bound to act according to his belief of the facts. If he does so act, and decides to call forth the militia, his orders for this purpose are in strict conformity with the provisions of the law; and it would seem to follow as a necessary consequence, that every act done by a subordinate officer, in obedience to such orders, is equally justifiable. The law contemplates that, under such circumstances, orders shall be given to carry the power into effect; and it cannot, therefore, be a correct inference, that any other person has a just right to disobey them. The law does not provide for any appeal from the judgment of the president, or for any right in subordinate officers to review his decision, and in effect defeat it.