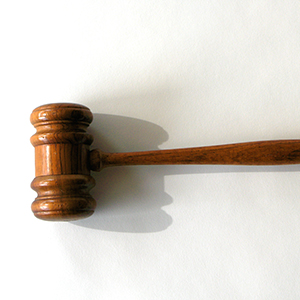 In Dietz v Bouldin, 579 U. S. ____ (2016), the U.S. Supreme Court held that the federal district court has a limited inherent power to rescind a jury discharge order and recall a jury in a civil case for further deliberations after identifying an error in the jury’s verdict. The decision resolved a circuit split regarding whether and when a federal district court has the authority to recall a jury after dis­charging it.

The Facts of Dietz v Bouldin

Rocky Dietz sued respondent Hillary Bouldin for negligence for injuries suffered in an automobile accident. Bouldin removed the case to Federal District Court. At trial, Bouldin admitted liability and stipulated to damages of $10,136 for Dietz’ medical expenses. The only disputed issue remaining was whether Dietz was entitled to more. During deliberations, the jury sent the judge a note asking whether Dietz’ medical expenses had been paid and, if so, by whom. Although the judge was concerned that the jury may not have understood that a verdict of less than the stipulated amount would require a mistrial, the judge – with the parties’ consent – responded only that the information being sought was not relevant to the verdict. The jury returned a verdict in Dietz’ favor but awarded him $0 in damages.

After the verdict, the judge discharged the jury, and the jurors left the courtroom. Moments later, the judge realized the error in the $0 verdict and ordered the clerk to bring back the jurors, who were all in the building—including one who may have left for a short time and returned. Over the objection of Dietz’ counsel and in the interest of judicial economy and efficiency, the judge decided to recall the jury. After questioning the jurors as a group, the judge was satisfied that none had spoken about the case to anyone and ordered them to return the next morning. After receiving clarifying instructions, the reassembled jury returned a verdict awarding Dietz $15,000 in damages. On appeal, the Ninth Circuit Court of Appeals affirmed.

The majority held that there are limited circumstances in which a federal district court can recall a jury it has discharged to remedy an impermissible verdict and need not order new trial. Justice Sonia Sotomayor wrote the majority opinion. As she explained:

A federal district court has the inherent power to rescind a jury discharge order and recall a jury for further deliberations after identifying an error in the jury’s verdict. Because the potential of taint­ing jurors and the jury process after discharge is extraor­dinarily high, however, this power is limited in duration and scope, and must be exercised carefully to avoid any potential prejudice.

In reaching its decision, the Court addressed the “inherent authority” of federal judges “to manage their own affairs so as to achieve the orderly and expeditious disposition of cases.” In defining the exercise of such authority, the majority concluded that the exercise of an inherent power must be a “reasonable response to the problems and needs” confronting the court’s fair administration of justice and “cannot be contrary to any express grant of, or limitation on, the district court’s power contained in a rule or statute.”

In this case, the majority found that the District Court did not abuse its discretion. As Justice Sotomayor noted, “the jury was out for only a few minutes, and, with the exception of one juror, remained inside the courthouse.” She added: “The jurors did not speak to any person about the case after discharge. And, there is no indication in the record that the verdict generated any kind of emotional reaction or electronic exchanges or searches that could have tainted the jury.”

Finally, Justice Sotomayor expressly stated that the Court’s decision is “limited to civil cases only” given the “additional concerns in criminal cases, such as double jeopardy.”

The Dissent in Dietz v Bouldin

Justice Clarence Thomas filed a dissenting opinion, in which Justice Anthony Kennedy joined. According to the dissenters, the majority’s discretionary multi-factor approach will cause more problems than it will solve. As Justice Thomas argued: