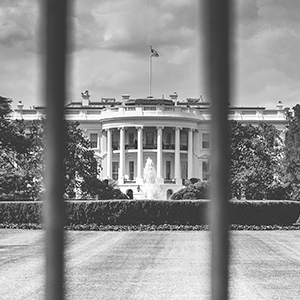 In Ogden v Saunders, 25 U.S. 213 (1827), the U.S. Supreme Court held that a New York bankruptcy law did not violate the Constitution’s Contracts Clause. The case is also most remembered as the only decision from which Chief Justice John Marshall dissented.

The Obligation of Contracts Clause

Article I, Section 10 provides that “No State shall . . . pass any . . . law impairing the Obligation of Contracts.” The Framers included the provision to deter state “debtor relief” laws that they believed were immoral and worsened economic instability.

The Facts in Ogden v Saunders

Saunders, a citizen of Kentucky, demanded payment in accordance with a contract. Ogden, a citizen of Louisiana, was living in New York when the contract was signed. In defense of the suit, Ogden claimed bankruptcy under a New York bankruptcy law enacted in 1801. Saunders was represented by Daniel Webster, who argued that Constitution’s bar on states from impairing the obligations of contracts applied equally to past and future contracts.

The Supreme Court ruled in favor of Ogden. According to the majority, the New York bankruptcy law did not violate the Obligation of Contracts Clause.

In reaching its decision, the majority concluded that Contracts Clause prohibited states from enacting laws affecting contracts already signed. Accordingly, the obligation of a contract made after the enactment of a state bankruptcy law is subject to its provisions because the bankruptcy statute becomes part of all subsequent contracts.

Chief Justice John Marshall authored a dissenting opinion, which was joined by Justices Gabriel Duvall and Joseph Story. The dissenters argued that Congress had exclusive power to pass bankruptcy laws. With regard to whether state laws become part of contracts signed, Chief Justice Marshall maintained that “contracts derive their obligation from the act of the parties, not from the grant of government.”

In his dissenting opinion, the Chief Justice also summarized his beliefs on how the Constitution should be interpreted, writing:

To say that the intention of the instrument must prevail; that this intention must be collected from its words; that its words are to be understood in that sense in which they are generally used by those for whom the instrument was intended; that its provisions are neither to be restricted into insignificance, nor extended to objects not comprehended in them, nor contemplated by its framers; — is to repeat what has been already said more at large, and is all that can be necessary.