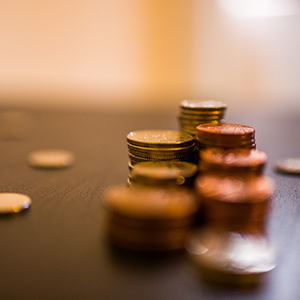 In Brown v Maryland, 12 Wheat. 419 (1827), the U.S. Supreme Court held that a Maryland law requiring importers of foreign goods to obtain a license violated the Constitution’s prohibition on import taxes and undermined federal authority over interstate and foreign commerce. The decision established the “original package doctrine,” under which state taxes could not be imposed on foreign goods or their importer so long as the goods had not yet been sold and were still in their original packages.

The Facts of Brown v Maryland

Importers of foreign goods challenged a Maryland state law that required all individuals who sold such goods to obtain a license for the cost of $50. They argued that the tax violated Article I, section 10 of the Constitution, which prohibits states from laying “any imposts or duties on imports or exports, except what may be absolutely necessary for executing its inspection laws.” They also argued that the law was also regnant to the Constitution’s Commerce Clause, which declares that Congress shall have power “to regulate commerce with foreign nations, and among the several states, and with the Indian tribes.”

By a vote of 6-1, the Court agreed. It held that the Maryland law violated Article I’s ban on import taxes, as well as interfered with federal authority over interstate and foreign commerce. Chief Justice John Marshall authored the majority opinion:

“If the State of Maryland had the power to lay such a restraint on the importation and sale of foreign goods, every other State must have the same power; and the consequence would be, that this power of taxation would directly interfere, both with the power of regulating commerce, and with the taxing power of Congress,” the Chief Justice wrote.

Marshall also addressed the point of time when the prohibition on import taxes ceases, and the power of the state to tax commences. His explanation became known as the original package doctrine. He wrote:

It is sufficient for the present to say, generally, that when the importer has so acted upon the thing imported that it has become incorporated and mixed up with the mass of property in the country, it has, perhaps, lost its distinctive character as an import, and has become subject to the taxing power of the state; but while remaining the property of the importer, in his warehouse, in the original form or package in which it was imported, a tax upon it is too plainly a duty on imports to escape the prohibition in the constitution.

The Court noted that the justices “suppose the principles laid down in this case, to apply equally to importations from a sister State.” However, in Woodruff v. Parham, 8 Wall. 123 (U.S. 1868), the Supreme Court later held that states had the right to tax imports from another state once they ceased to be part of interstate commerce, even if they are in their original packages.