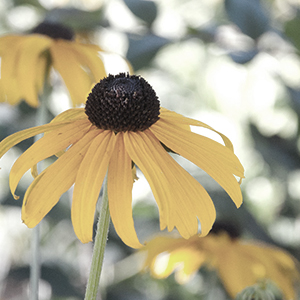 In Willson v Black Bird Creek Marsh Company, 27 U.S. (2 Pet.) 245 (1829), the U.S. Supreme Court held that a Delaware state law authorizing the building of a dam did not unconstitutionally usurp Congress’s powers under the Commerce Clause because the federal government had not enacted legislation addressing the issue. The Court’s decision was the first to recognize the Dormant Commerce Clause of the U.S. Constitution.

Article 1, Section 8, Clause 3 of the U.S. Constitution grants Congress the power “to regulate commerce with foreign nations, and among the several states, and with the Indian tribes.” The U.S. Supreme has interpreted Article 1’s Commerce Clause to grant Congress the power to regulate interstate commerce, as well as to restrain the regulatory power of the States. The so-called “dormant” Commerce Clause refers to the prohibition against states enacting laws that discriminate against or excessively burden interstate commerce.

The U.S. Supreme Court unanimously upheld the lower court decision in an opinion authored by Chief Justice John Marshall. In confirming the state’s authority to build the dam, the Chief Justice characterized it as “an affair between the government of Delaware and its citizens.”

The Court further found that because Congress had not taken any actions with which the Delaware law could conflict, the Commerce Clause was not violated. As Chief Justice Marshall explained:

If Congress had passed any act in execution of the power to regulate commerce the object of which was to control State legislation over these small navigable creeks into which the tide ebbs and flows, and which abound throughout the lower country of the middle and southern States, we should feel not much difficulty in saying that a State law coming in conflict with such act would be void. But Congress has passed no such act.

The Chief Justice went on to establish the foundation for Dormant Commerce Clause jurisprudence, writing:

We do not think that the Act empowering the Black Bird Creek Marsh Company to place a dam across the creek can, under all the circumstances of the case, be considered as repugnant to the power to regulate commerce in its dormant State, or as being in conflict with any law passed on the subject.