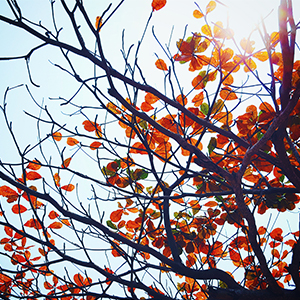 Murr v Wisconsin is one of the October 2016 Term’s most-anticipated cases. The regulatory takings case will address whether two legally distinct but commonly owned contiguous parcels must be combined for takings analysis purposes. The Court’s decision is expected to have a significant impact on the legal interests of property owners, local governments, and real estate developers.

Under the Takings Clause of the Fifth Amendment, “private property” may not be “taken for public use without just compensation.” As explained by the Supreme Court in Arkansas Game & Fish Comm’n v. United States, 133 S. Ct. 511, 518 (2012), “The Takings Clause is ‘designed to bar Government from forcing some people alone to bear public burdens which, in all fairness and justice, should be borne by the public as a whole.’”

A “regulatory taking” occurs when a government entity enacts a law that does not directly take property away from a private landowner, but so harshly affects the land that courts view it as an implicit taking. The Supreme Court has traditionally held that whether a regulation rises to the level of a government taking depends on its impact on the “parcel as a whole.” In cases where only a small part of the parcel is impacted or the overall value and use is not affected, the Court often concludes a taking has not occurred.

The Facts in Murr v Wisconsin

The Murr family owns two contiguous waterfront parcels known as Lot E and Lot F. A cabin was built on Lot F, while Lot E remains undeveloped. In 2004, the Murr family planned to sell investment Lot E, and use the proceeds to pay for improvements to the cabin. However, they learned from government officials that zoning regulations adopted in 1975 that required lots to be of a certain net size precluded the development of Lot E. Under a grandfather clause in the regulation, the property could still be developed if the lot “is in separate ownership from abutting lands.” Because the Murrs also owned the abutting parcel, Lot F, the exception did not apply. The ordinance also precluded the Murrs from selling Lot E to anyone else unless it was combined with Lot F.

After bring denied a variance, the Murrs filed a complaint alleging an uncompensated taking of vacant Lot E. They alleged that without the ability to sell or develop the lot, it is economically useless. The Wisconsin Court of Appeals rejected the claim, finding there was no taking as a matter of law because “the Murrs’ property, viewed as a whole, retains beneficial and practical use as a residential lot.”

The Court of Appeals’ Decision in Murr v Wisconsin

In reaching its decision, the Wisconsin Court of Appeals relied on the Supreme Court’s “parcel as a whole” rule set forth in Penn Central Transp. Co. v. New York City, 438 U.S. 104 (1978). In that case, the Court held:

“Taking” jurisprudence does not divide a single parcel into discrete segments and attempt to determine whether rights in a particular segment have been entirely abrogated. In deciding whether a particular governmental action has effected a taking, this Court focuses rather both on the character of the action and on the nature and extent of the interference with rights in the parcel as a whole…

The Issues Presented Before the Court by Murr v Wisconsin

The Court granted certiorari to consider the following question:

In a regulatory taking case, does the “parcel as a whole” concept as described in Penn Central Transportation Company v. City of New York, 438 U.S. 104, 130-31 (1978), establish a rule that two legally distinct, but commonly owned contiguous parcels, must be combined for takings analysis purposes?” In essence, the issue before the Court is whether physically contiguous parcels that are owned by the same entity should be considered one parcel for purposes of a takings claim even if they are legally distinct.

The Supreme Court has not yet scheduled Murr v. Wisconsin for oral arguments. Please check back for updates.