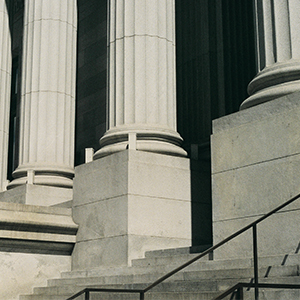 In Craig v Missouri, 29 U.S. 410 (1830), the U.S. Supreme Court held that a Missouri statute authorizing loan certificates issued by the state violated Article I, section 10 of the Constitution, which prohibits states from issuing bills of credit.

The Facts of Craig v Missouri

Section 10 of Article I of the Constitution states that “no State shall . . . emit bills of credit; [or] make anything but gold and silver coin a tender in payment of debts.” However, prior to Craig v. Missouri, the Supreme Court had not interpreted the meaning of the term “bills of credit.”

The State of Missouri issued certain interest bearing certificates, not declared legal tender, but receivable at the treasury of any of the loan offices of the State in discharge of taxes or payment of debts due to the State. Certain property of the State was pledged to their redemption, and the governor was authorized to negotiate a loan of silver or gold for the same purpose. These certificates could be loaned to citizens of the States upon real estate or personal security.

By a vote of 4-3, the Supreme Court struck down the state statute, concluding that the certificates were illegally emitted as bills of credit. Chief Justice John Marshall wrote on behalf of the majority. As he explained:

In its enlarged, and perhaps its literal sense, the term ‘bill of credit’ may comprehend any instrument by which a State engages to pay money at a future day; thus including a certificate given for money borrowed. But the language of the Constitution itself, and the mischief to be prevented, which we know from the history of our country, equally limit the interpretation of the terms. The word ’emit’ is never employed in describing those contracts by which a State binds itself to pay money at a future day for services actually received, or for money borrowed for present use; nor are instruments executed for such purposes, in common language, denominated ‘bills of credit.’ To ’emit bills of credit’ conveys to the mind the idea of issuing paper intended to circulate through the community for its ordinary purposes, as money, which paper is redeemable at a future day.

The Supreme Court reversed course seven years later. In Briscoe v. Bank of Kentucky , 36 U.S. 257 (1837), the Court upheld a currency scheme in which a state bank issued notes payable on demand to the bearer that served as a circulating medium. “To constitute a bill of credit within the Constitution, it must be issued by a State, on the faith of the State, and be designed to circulate as money. It must be a paper which circulates on the credit of the State, and is so received and used in the ordinary business of life,” the Court held. “The individuals or committee who issue the bill must have the power to bind the State: they must act as agents, and of course do not incur any personal responsibility, nor impart, as individuals, any credit to the paper. These are the leading characteristics of a bill of credit, which a State cannot emit.”