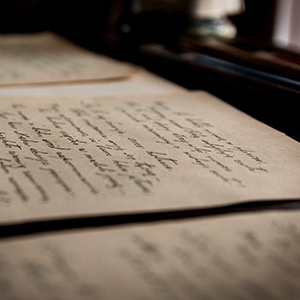 In Cherokee Nation v Georgia, 30 U.S. (5 Peters) 1 (1831), members of the Cherokee Nation sought to enjoin the state of Georgia from seizing their land. However, the U.S. Supreme Court held that it lacked the authority to enforce the rights of Native American “nations” against the states.

In 1828, the state of Georgia enacted several laws depriving Cherokee Indians of their rights under state law as a means of forcing their removal from tribal lands. The Cherokee Nation opposed the laws, arguing that they violated treaties that the Cherokees had negotiated as an independent “nation” within the United States. After negotiations with the federal government broke down, the Cherokee Nation sought an injunction to restrain the state of Georgia from executing the laws.

The Supreme Court held that it did not have jurisdiction to decide the case. Chief Justice John Marshall delivered the opinion of the Court.

In his opinion, the Chief Justice sympathized with the issues raised by the Cherokee Nation, writing:

A people once numerous, powerful, and truly independent, found by our ancestors in the quiet and uncontrolled possession of an ample domain, gradually sinking beneath our superior policy, our arts, and our arms, have yielded their lands by successive treaties, each of which contains a solemn guarantee of the residue, until they retain no more of their formerly extensive territory than is deemed necessary to their comfortable subsistence. To preserve this remnant the present application is made.

Nonetheless, the justices concluded that their hands were tied under Article III, Section 2 the Constitution, which gives the Court original jurisdiction over “controversies between a state or the citizens thereof, and foreign states, citizens, or subjects.” According to the Court, the Cherokees did not constitute a “foreign state” in the sense of the Constitution.

“An Indian tribe or nation within the United States is not a foreign state in the sense of the Constitution, and cannot maintain an action in the courts of the United States,” the Court held. In further explaining the majority’s reasoning, the Chief Justice wrote:

“Foreign nations” is a general term, the application of which to Indian tribes, when used in the American Constitution, is at best extremely questionable. In one article in which a power is given to be exercised in regard to foreign nations generally, and to the Indian tribes particularly, they are mentioned as separate in terms clearly contradistinguishing them from each other. We perceive plainly that the Constitution in this article does not comprehend Indian tribes in the general term foreign nations; not, we presume, because a tribe may not be a nation but because it is not foreign to the United States. When, afterward, the term foreign state is introduced, we cannot impute to the Convention the intention to desert its former meaning and to comprehend Indian tribes within it, unless the context force that construction on us. We find nothing in the context and nothing in the subject of the article which leads to it.