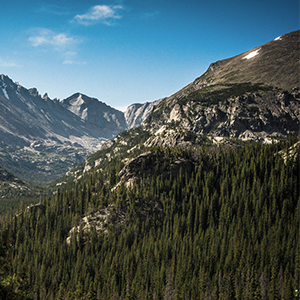 In Worcester v Georgia, 31 U.S. 515 (1832), the U.S. Supreme Court held that the Cherokee Nation was sovereign. It also ruled that the federal government — and not the states — was authorized under the Constitution to deal with Indian nations.

The Facts of Worcester v Georgia

In September 1831, Samuel A. Worcester was indicted under a Georgia law that prohibited non-Native Americans from “residing within the limits of the Cherokee nation without a license” and “without having taken the oath to support and defend the constitution and laws of the state of Georgia.”

In his defense, Worcester maintained that the Georgia statute violated the U.S. Constitution, treaties executed between the United States and the Cherokee nation, and a federal law that regulated trade and intercourse with the Indian tribes. After being convicted and sentenced to “hard labor in the penitentiary for four years,” Worcester appealed to the U.S. Supreme Court.

The U.S. Supreme Court struck down the Georgia law. “The act of the State of Georgia under which the plaintiff in error was prosecuted is consequently void, and the judgment a nullity,” the Court held.

As Chief Justice John Marshall explained in the Court’s opinion, the Georgia law violated the U.S. Constitution. “The acts of the Legislature of Georgia interfere forcibly with the relations established between the United States and the Cherokee Nation, the regulation of which, according to the settled principles of our Constitution, is committed exclusively to the Government of the Union,” he wrote.

The justices also held that the Georgia law directly conflicted with treaties executed by the federal government and the laws enacted by Congress to enforce them. As the Chief Justice noted:

They are in direct hostility with treaties, repeated in a succession of years, which mark out the boundary that separates the Cherokee country from Georgia; guaranty to them all the land within their boundary; solemnly pledge the faith of the United States to restrain their citizens from trespassing on it; and recognise the preexisting power of the Nation to govern itself. They are in equal hostility with the acts of Congress for regulating this intercourse and giving effect to the treaties.

Regarding the importance of the decision, Justice Story later wrote to his wife: “Thanks be to God, the Court can wash their hands clean of the iniquity of oppressing the Indians and disregarding their rights.”