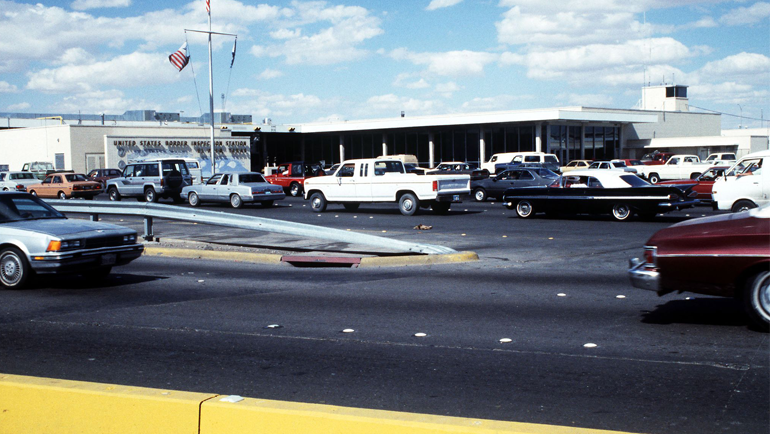 On October 11, 2016, the Supreme Court added several high profile cases to its docket. One of the most-anticipated cases is Hernandez v Mesa, which involves the fatal shooting of a Mexican teenager by United States Border Patrol from across the U.S. border onto Mexican soil. The questions before the justices involve the extraterritorial reach of constitutional rights.

In 2010, fifteen-year-old Sergio Hernandez was playing with three friends in the concrete culvert separating El Paso, Texas and Juarez, Mexico when he was fatally shot by a U.S. Border Patrol agent. Hernandez, a Mexican citizen, was standing on Mexican soil when he was shot; meanwhile, the agent fired the shot from Texas. Six months after his death, Hernandez’s parents sued Agent Jesus Mesa, Jr. in federal district court in Texas, alleging that their son was shot without justification in violation of the Fourth and Fifth Amendments to the U.S. Constitution.

The key question in the suit is when constitutional protections apply outside our borders. In Boumediene v. Bush, 553 U.S. 723 (2008), the Supreme Court held that the Constitution’s extraterritorial application “turn[s] on objective factors and practical concerns,” not a “formal sovereignty-based test.” The Court’s decision was in line with Justice Kennedy’s concurrence in United States v. Verdugo-Urquidez, 494 U.S. 259 (1990), in which he rejected a formalist approach to extraterritorial application of the Fourth Amendment’s warrant requirement.

In its decision, the Fifth Circuit Court of Appeals held that the Fourth Amendment’s protection against excessive deadly force did not apply because Hernandez was a Mexican citizen with no “significant voluntary connection” to the United States. While the appeals court acknowledged that that Mesa “showed callous disregard for Hernandez’s Fifth Amendment rights by using excessive, deadly force when Hernandez was unarmed and presented no threat,” it held that such constitutional protections were not established in the case. “We hold unanimously that Agent Mesa has qualified immunity from this suit for a Fifth Amendment substantive due process violation because he did not violate any clearly established rights flowing from that Amendment,” the Fifth Circuit ruled.

In petitioning the Supreme Court to hear the case, counsel for the Hernandez family argued:

The en banc Fifth Circuit in this case concluded that the Constitution affords no protection to an unarmed teenager in a confined area of exclusive U.S. control who was shot to death at close range, without justification, by a U.S. Border Patrol agent standing on U.S. soil. If left standing, the Fifth Circuit’s decision will create a unique no-man’s land—a law-free zone in which U.S. agents can kill innocent civilians with impunity.

“The border with Mexico is not an on/off switch for the Constitution’s protections against the unreasonable use of deadly force,” the petition for certiorari further argued.

Constitutional Issues Before the Supreme Court

The Supreme Court agreed to consider two questions posed by the Petitioner: “(1) Whether a formalist or functionalist analysis governs the extraterritorial application of the Fourth Amendment’s prohibition on unjustified deadly force, as applied to a cross-border shooting of an unarmed Mexican citizen in an enclosed area controlled by the United States; and (2) whether qualified immunity may be granted or denied based on facts – such as the victim’s legal status – unknown to the officer at the time of the incident.”

The justices also asked the parties to brief and argue a third issue: whether the claim in this case may be asserted under Bivens v. Six Unknown Federal Narcotics Agents. In that case, the Court held that an implied cause of action existed when federal agents violated a person’s Fourth Amendment protection against unreasonable search and seizures.

Oral arguments in the case have not yet been scheduled. Please check back for updates on the Court’s decision.