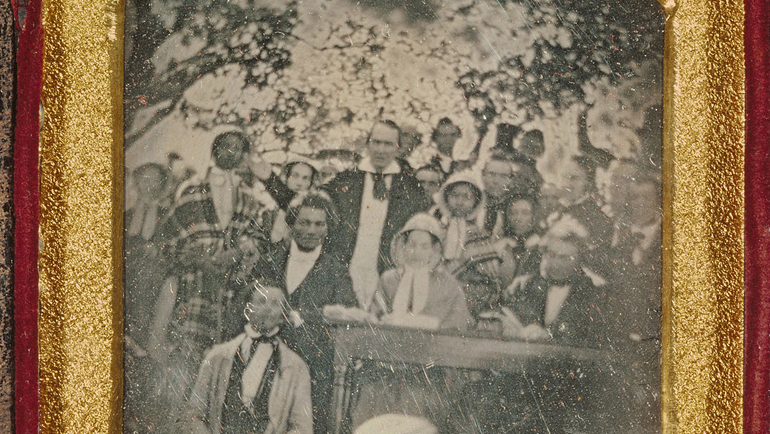 Jones v Van Zandt, 46 U.S. 215 (1847) is one of the U.S. Supreme Court cases that considers slavery issues before the Civil War. The justices ultimately ruled against abolitionists, holding that the Fugitive Slave Law was a valid exercise of the authority granted to Congress under the U.S. Constitution.

In 1793, Congress passed the Fugitive Slave Law to enforce it.

Abolitionist John Van Zandt was charged with harboring and concealing slaves in violation of the federal Fugitive Slave Act after helping nine slaves travel from Kentucky to Ohio in an attempt to secure their freedom. The owner of the slaves, Wharton Jones, sued Van Zandt for monetary damages. An Ohio court ruled that Van Zandt must reimburse Jones for the $450 reward he paid to recapture his slaves, as well for the loss of one slave who managed to successfully escape.

Van Zandt and his fellow abolitionists challenged the decision all the way to the U.S. Supreme Court in an effort to force the country’s highest court to consider the constitutionality of slavery. Among other arguments, Van Zandt maintained that slavery was contrary to the country’s Declaration of Independence and the Fifth Amendment’s Due Process Clause. He also argued that was simple declaratory and did not empower the federal government to enforce slavery.

The U.S. Supreme Court upheld the Fugitive Slave Act. Justice Levi Woodbury authored the Court’s opinion, which the justices hoped would quell the rising tensions over the issue of slavery.

According to the Court, Congress had the authority to enforce slavery, as it was established under the U.S. Constitution. In his opinion, Justice Woodbury characterized the Fugitive Slave Clause as “one of [the] sacred compromises” of the country’s founding. He went on conclude that the legitimacy of slavery was a “political question” for the states to resolve.

Whatever may be the theoretical opinions of any as to the expediency of some of those compromises, or of the right of property in persons which they recognize, this court has no alternative, while they exist, but to stand by the constitution and laws with fidelity to their duties and their oaths. Their path is a strait and narrow one, to go where that constitution and the laws lead, and not to break both, by traveling without or beyond them.

The Thirteenth Amendment abolished slavery in 1865. However, the Fugitive Slave Clause remains in the Constitution.