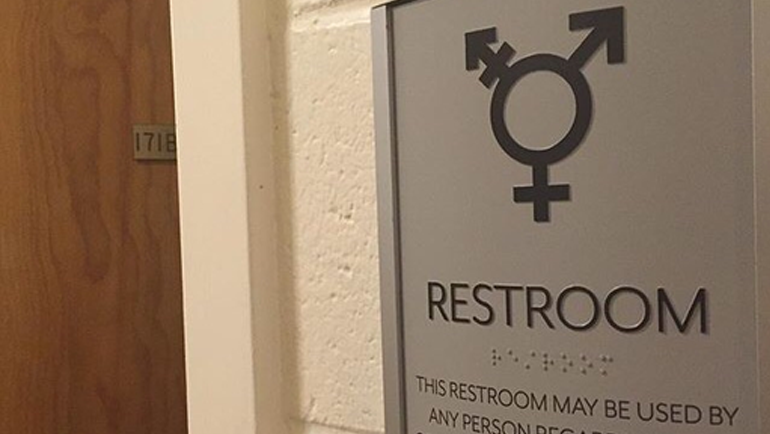 The U.S. Supreme Court has agreed to consider its first case involving transgender rights. Gloucester County School Board v. G.G. involves whether a transgender Virginia teen who was born a girl, but identifies as a boy, should be able to use the boys’ bathroom at his school.

In 2014, Gloucester High School agreed to allow G.G. to use the boys’ bathroom. However, after receiving complaints from students and parents, the Gloucester County School Board enacted a policy that would require students to use only the restrooms and locker rooms that correspond with the gender that they were assigned at birth.

G.G. filed suit in federal court, alleging the school board violated Title IX of the Education Amendments of 1972. The statute prohibits discrimination “on the basis of sex.” Meanwhile, its implementing regulation permits “separate toilet, locker rooms, and shower facilities on the basis of sex,” if the facilities are “comparable” for students of both sexes.

In an unpublished letter, the Department of Education’s Office of Civil Rights advised that Title IX’s prohibition of “sex” discrimination “include[s] gender identity.” The letter further opined that a funding recipient providing sex-separated facilities under the regulation “must generally treat transgender students consistent with their gender identity.”

The Fourth Circuit Court of Appeals relied on the letter when ruling in favor of G.G. It held that under the doctrine established in Auer v. Robbins the letter must be given “controlling” deference. On remand, the district court entered a preliminary injunction requiring the school board to allow G.G. to use the boys’ restrooms at school. The school board asked the U.S. Supreme Court to stay the ruling while it filed a petition for writ of certiorari, which the Court did.

The Issues Before Court

While transgender rights are controversial, the actual issues before the Court are very technical. The justices have agreed to consider the following two questions:

(1) Whether courts should extend deference to an unpublished agency letter that, among other things, does not carry the force of law and was adopted in the context of the very dispute in which deference is sought; and (2) whether, with or without deference to the agency, the Department of Education’s specific interpretation of Title IX and 34 C.F.R. § 106.33, which provides that a funding recipient providing sex-separated facilities must “generally treat transgender students consistent with their gender identity,” should be given effect.

So rather than getting to the heart of the case, the Supreme Court will determine how the Auer doctrine should be applied. Namely, the justices must decide whether the courts are required to give deference to the Department of Education’s interpretation of Title X.