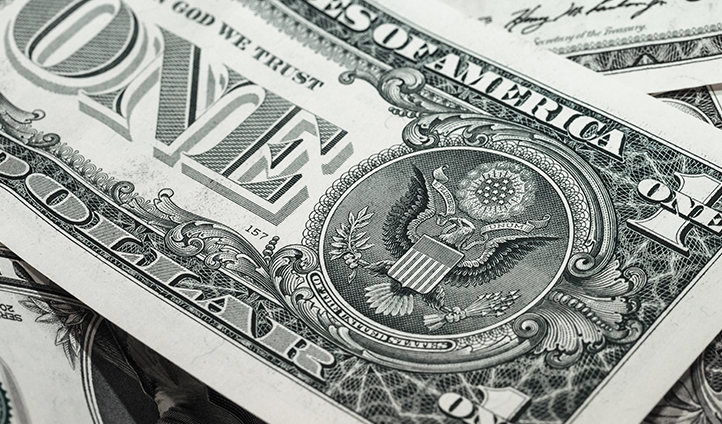 In Knox v Lee, 79 U.S. 457 (1871), the U.S. Supreme Court held that the Legal Tender Act, which authorized the printing of paper money not redeemable in gold or silver, did not violate the U.S. Constitution. In so ruling, the Court reversed its earlier decision in Hepburn v. Griswold.

Under Article 1, Section 10 of the U.S. Constitution, no state shall “emit bills of credit and “make anything but gold and silver coin a tender in payment of debts.” The Constitution does not place similar restrictions on the federal government.

During the Civil War, the U.S. Treasury Department suspended payment in gold and silver. Congress subsequently enacted the Legal Tender Act of 1862, which authorized the Treasury to issue paper money (commonly referred to as “greenbacks”) to finance the war. Salmon P. Chase was the Secretary of the Treasury at the time. Two years later. President Lincoln nominated him to serve as Chief Justice of the Supreme Court of the United States.

In Hepburn v. Griswold, the Supreme Court first considered the constitutionality of the Legal Tender Act. By a vote of 5-3, the justices held that that the federal government did not have the power to issue paper money. It also held forcing citizens to accept greenbacks for pre-existing debts incurred in gold or silver violated the Constitution’s contracts clause.

When the Court was asked to again address the constitutionality of the Legal Tender Act one year later, two new justices — Joseph Bradley and William Strong — had joined the Court. They were instrumental in the Court’s reversal of Hepburn.

After her sheep were confiscated and sold by the Confederate Army, Mrs. Lee filed suit against the purchaser, Mr. Knox, for damages. In the trial that followed, the court instructed the jury as follows: “In assessing damages, the jury will recollect that whatever amount they may give by their verdict can be discharged by the payment of such amount in legal tender notes of the United States.” Mr. Knox appealed, arguing that instruction essentially directed the jury to account for the discounted value of paper currency when awarding damages.

In his opinion, Justice Strong highlighted that Congress wields significant power under the “necessary and proper” clause of the Constitution. He wrote:

And here, it is to be observed, it is not indispensable to the existence of any power claimed for the federal government that it can be found specified in the words of the Constitution, or clearly and directly traceable to someone of the specified powers. Its existence may be deduced fairly from more than one of the substantive powers expressly defined, or from them all combined. It is allowable to group together any number of them and infer from them all that the power claimed has been conferred. Such a treatment of the Constitution is recognized by its own provisions.

Justice Strong further emphasized that Congress authorized the printing of paper money during wartime, as a way to meet “legitimate and necessary ends.” He wrote:

The majority also rejected the argument that the Legal Tender Act was forbidden by the letter or spirit of the Constitution because Congress is only expressly given the power “to coin money, regulate the value thereof, and of foreign coin.” As explained by Justice Strong, the fact that Congress was given certain powers over the currency does not imply that all other powers relating to the same subject are impliedly forbidden. “[S}uch is not the manner in which the Constitution has always been construed. On the contrary it has been ruled that power over a particular subject may be exercised as auxiliary to an express power, though there is another express power relating to the same subject, less comprehensive,” he added.