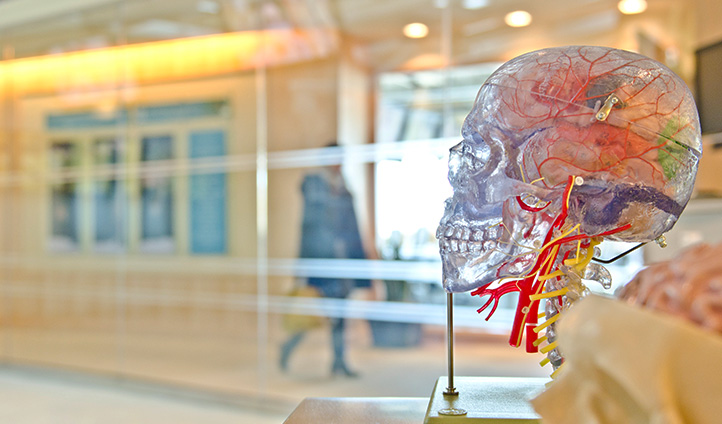 In Moore v Texas, 581 U. S. ____ (2017), the U.S. Supreme Court held that the standard used by the State of Texas to determine whether a mentally disabled defendant can be subjected to the death penalty violated the Constitution. By a vote of 5-3, the Court specifically held that the Texas court’s rejection of medical guidance regarding intellectual disability violated the Eighth Amendment.

Bobby James Moore fatally shot a store clerk during a botched robbery. He was convicted of capital murder and sentenced to death. Moore challenged his death sentence, arguing that he was intellectually disabled and therefore exempt from execution. A state habeas court made detailed fact findings and determined that, under this Court’s decisions in Atkins v. Virginia, 536 U. S. 304 (2002), and Hall v. Florida, 572 U. S. ___ (2014), Moore qualified as intellectually disabled. Accordingly, it found Moore’s death sentence violated the Eighth Amendment’s proscription of “cruel and unusual punishments.”

In Atkins, the Supreme Court banned states from imposing the death penalty on defendants with mental disabilities; however, the decision afforded the states some flexibility to establish the standards for determining whether a defendant is mentally disabled. In Hall, the Court clarified that states’ discretion is not “unfettered,” and must be “informed by the medical community’s diagnostic framework.”

In reaching its decision, the habeas court followed the generally accepted intellectual-disability definition, which identifies three core elements: (1) intellectual functioning deficits, (2) adaptive deficits, and (3) the onset of these deficits while still a minor. The court concluded that Moore’s IQ scores, the average of which was (70.66), indicated mild intellectual disability. After also considering testimony from mental-health professionals, the court found significant adaptive deficits in all three skill sets (conceptual, social, and practical).

The Texas Court of Criminal Appeals (CCA) declined to adopt the judgment recommended by the state habeas court. The CCA held that the habeas court erred by not following the CCA’s 2004 decision in Ex parte Briseno, which adopted the standards for assessing intellectual disability contained in the 1992 (ninth) edition of the American Association on Mental Retardation manual (AAMR–9), the predecessor to the current manual. Briseno also cited, without citation to any medical or judicial authority, seven evidentiary factors relevant to the intellectual disability inquiry. Based on only two of Moore’s IQ scores (of 74 and 78), the CCA concluded that Moore had not shown significantly sub-average intellectual functioning. Even if he had, the CCA determined that his adaptive strengths undercut any adaptive weaknesses.

By a vote of 5-3, the Supreme Court overturned the CCA’s decision. “By rejecting the habeas court’s application of medical guidance and by following the Briseno standard, including the nonclinical Briseno factors, the CCA’s decision does not comport with the Eighth Amendment and this Court’s precedents,” Justice Ruth Bader Ginsburg wrote in the majority opinion.

The majority also criticized the CCA for overemphasizing Moore’s perceived adaptive strengths, such as living on the streets, mowing lawns, and playing pool for money, when the medical community focuses the adaptive- functioning inquiry on adaptive deficits. “At 13, Moore lacked the basic understanding of the days of the week, the months of the year and the seasons; he could scarcely tell time or comprehend the standards of measure,” Justice Ginsburg noted. “After failing every subject in the ninth grade, Moore dropped out of high school. Cast out of his home, he survived on the streets, eating from trash cans, even after two bouts of food poisoning.”

Chief Justice John Roberts wrote a dissenting opinion, in which Justices Clarence Thomas and Samuel A. Alito Jr. joined. The dissenting justices agreed that Texas’ standard is outdated. However, they argued that Moore’s IQ scores ranging from 69 to 79 demonstrated that he did not have the “significantly sub-average intellectual functioning” and should be eligible for capital punishment.

The Chief Justice also faulted the majority’s reliance on medical standards for mental disability. “The court instead crafts a constitutional holding based solely on what it deems to be the medical consensus about intellectual disability,” Chief Justice Roberts wrote. “But clinicians, not judges, should determine clinical standards; and judges, not clinicians, should determine the content of the Eighth Amendment.”