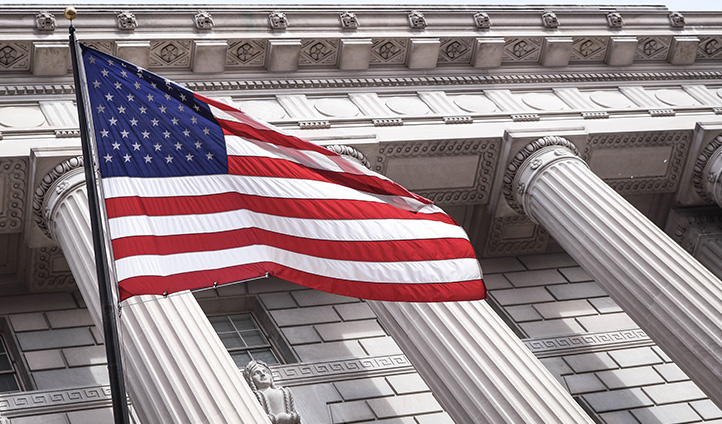 The U.S. Supreme Court heard oral arguments in seven cases last week. The justices will spend the remainder of the term rendering decisions and selecting cases to consider next term.

Below is a brief summary of the last seven cases before the Court:

McWilliams v. Dunn: The death penalty case involves a defendant’s rights under Ake v. Oklahoma, 470 U.S. 68, 83 (1985), which held that when an indigent defendant’s mental health is a significant factor at trial, the State must “assure the defendant access to a competent psychiatrist who will conduct an appropriate examination and assist in evaluation, preparation, and presentation of the defense.” The Court must now resolve a circuit split regarding whether an independent defense expert is required by Ake or whether Ake is satisfied by an expert who reports to both sides and the court.

BNSF Railway Co. v. Tyrrell: In another case involving personal jurisdiction, the Court will revisit its prior decision in Daimler AG v. Bauman, 134 S. Ct. 746 (2014), in which the Court held that the Due Process Clause forbids a state court from exercising general personal jurisdiction except where the defendant is “at home.” The Court must determine whether the Montana Supreme Court properly “declined” to apply the Daimler decision. In support, it cited that the facts of the case involve American parties and arose in the United States, not foreign parties and an overseas injury as in Daimler. It also noted that the plaintiffs here sued under the Federal Employers’ Liability Act (FELA), which is a different federal cause of action from the ones at issue in Daimler.

Sandoz Inc. v. Amgen Inc.: The Court must interpret the Biologics Price Competition and Innovation Act of 2009 (BPCIA), which provides for an expedited process for licensing biosimilar versions of licensed biologic products. The Court will specifically address: (1) whether notice of commercial marketing given before Food and Drug Administration (FDA) approval can be effective; and (2) whether, in any event, it is improper to treat Section 262(l)(8)(A) – the Biologics Price Competition and Innovation Act of 2009’s “Notice of commercial marketing” provision which states that a biosimilar applicant shall provide notice to the incumbent seller of the biological product “not later than 180 days before the date of the first commercial marketing of the biological product licensed under” an abbreviated pathway for biosimilars – as a stand-alone requirement and as creating an injunctive remedy that delays all biosimilars by 180 days after approval.

Amgen Inc. v. Sandoz Inc.: The consolidated case also involves the BPCIA. The specific questions are: (1) whether a biosimilar applicant is required by 42 U.S.C. § 262(l)(2)(A) to provide the reference product sponsor with a copy of its biologics license application and related manufacturing information, which the statute says the applicant “shall provide;” and (2) whether, where an applicant fails to provide that required information, the sponsor’s sole recourse is to commence a declaratory judgment under 42 U.S.C. § 262(l)(9)(C) and/or a patent-infringement action under 35 U.S.C. § 271(e)(2)(C)(ii).

Maslenjak v. United States: The final case of the term involves a circuit split over the interpretation of 18 U.S.C. § 1425(a), which authorizes both a fine and a prison sentence of 10 to 25 years for anyone who “knowingly procures or attempts to procure, contrary to any law, the naturalization of any person.” The question the justices must resolve is “whether the Sixth Circuit erred by holding, in direct conflict with the First, Fourth, Seventh, and Ninth Circuits, that a naturalized American citizen can be stripped of her citizenship in a criminal proceeding based on an immaterial false statement.”