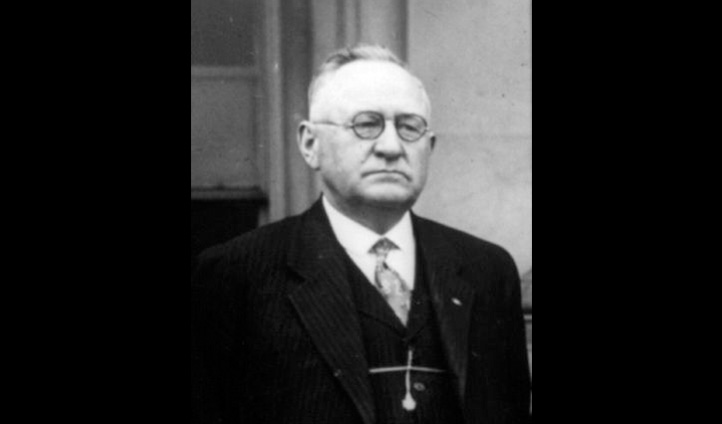 George W English, a judge on the U.S. District Court for the Eastern District of Illinois, was impeached by the U.S. House of Representatives for abusing his power. When he resigned from office, the impeachment proceedings were dismissed.

George W English was born near Vienna, Illinois in English in 1866. After graduating from Illinois Wesleyan University in 1891, he became chief deputy sheriff of Johnson County, Illinois. English then entered the private practice of law in Vienna, Illinois. He served in the Illinois House of Representatives from 1907 to 1912, and he was a special income tax attorney with the U.S. Treasury Department from 1914 to 1918.

Judge English was nominated to the federal bench by President Woodrow Wilson on April 23, 1918. The Senate quickly confirmed his nomination, and he took the oath of office May 9, 1918.

The U.S. House of Representatives initiated impeachment proceedings in 1924. The five articles of impeachment alleged:

Notably, the articles do not charge “high crimes and misdemeanors,” but were limited to charges of “misbehavior” and “misdemeanor in office.” In response to House members that maintained the charges did not amount to impeachable offenses, Chairman Graham stated in his closing remarks:

Gentlemen, I have no feeling in this case. When the evidence was first taken in the committee I was doubtful, as these gentlemen have been, at the individual instances, and, considering their insufficiency, I was not favorable to impeachment then. But as I kept studying this case, as a matter of conscientious duty, I reached the conclusion that., it was my duty to join with my fellows in voting impeachment, and I earnestly ask this House to carry that through.

The House voted to impeach by a vote of 306 to 60. Judge English subsequently resigned from office. Since the Constitution authorizes the Senate to perpetually disqualify a federal official, resignation does not serve as a legal bar to trial upon the articles of impeachment. However, it had become the practice to dismiss charges if the official resigned.