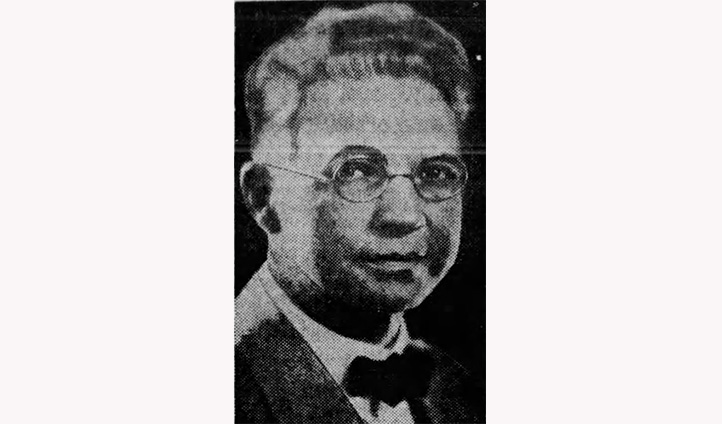 Halsted L Ritter, who served on the U.S. District Court for the Southern District of Florida, was impeached and removed from office in 1936. Ritter challenged the impeachment by arguing that he was not convicted on any specific charge but only “general misbehavior.” However, he was unsuccessful.

Halsted Ritter was born in Indianapolis, Indiana in 1868. After he graduated from DePauw University, Ritter opened a private law practice. He practiced law in Indianapolis from 1892 to 1895, and in Denver, Colorado from 1895 to 1925. In response to his wife’s health issues, he moved to Florida in 1925.

President Calvin Coolidge nominated Ritter to the United States District Court for the Southern District of Florida on January 23, 1929, to fill the seat vacated by Rhydon Mays Call. Ritter was confirmed by the U.S. Senate one month later.

In 1933, the House of Representatives began investigating Judge Ritter. The charges included favoritism in the appointment of bankruptcy receivers, practicing law while sitting as a judge, using his office for personal gain, and tax evasion. The House impeached Ritter on March 2, 1936.

The Articles of Impeachment specifically alleged that Ritter appointed his former law partner as a bankruptcy receiver and paid him excessive fees. Ritter received a $4,500 kickback from the receiver’s legal fees and later failed to report the income when filing his tax returns.

Ritter was acquitted on the first six articles but found guilty on the seventh article. Interestingly, the last article was a cumulative summary of the charges in the preceding six articles, on each of which Ritter was found “not guilty.”

At the opening of the Senate impeachment trial, Ritter’s attorney sought to dismiss Article VII. He argued:

Article VII constitutes an accumulation and massing o£ all charges in the preceding articles upon which the court is to pass judgment prior to the vote on Article VII, and the prosecution should be required to abide by the judgment of the senate rendered upon such prior articles, and the senate ought not to countenance the arrangement o£ pleading designed to procure a second vote and the collection or accumulation o£ adverse votes, if any, upon such matter.

Nonetheless, Ritter was convicted on Article VII by one vote. When a member of the Senate questioned the verdict, the Senate president pro tempore stated that Article VII charged Ritter with general misbehavior, “which is a separate charge from any other charge.” Ritter was subsequently removed from office on April 17, 1936.

Ritter challenged the conviction in the federal Court of Claims, arguing that the Senate could not convict him on a general charge of misbehavior after failing to find him guilty of any specific offense. The Court of Claims dismissed the case after concluded that it lacked jurisdiction because the Senate was given the exclusive authority to try impeachments under the U.S. Constitution.