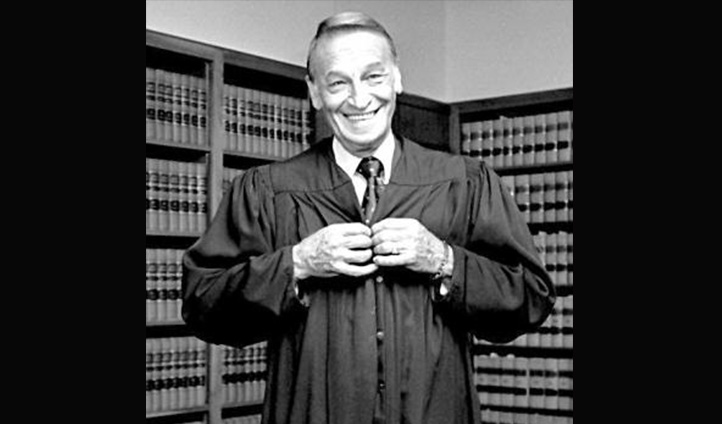 Harry E. Claiborne, a judge on the U.S. District Court for the District of Nevada, was impeached and removed from office on charges of income tax evasion in 1986. It was the first time that a judge had been impeached in more than five decades.

Harold Claiborne was born in 1917 in McRae, Arkansas. He obtained his law degree from Cumberland University and was admitted to the Arkansas bar in 1942. After serving in the United States Army in World War II, Claiborne launched a successful law practice in Las Vegas, Nevada. He became a prominent defense attorney whose high-profile clients included Frank Sinatra, Judy Garland, and mobster Bugsy Siegel.

On July 25, 1978, Claiborne was nominated by President Jimmy Carter to fill the seat on the United States District Court for the District of Nevada vacated by Bruce R. Thompson.

In 1980, Claiborne was named chief judge of the U.S. district court and held that position until his impeachment.

In 1984, Judge Claiborne became the first sitting Federal judge in the U.S. history to be found guilty of a felony when he was convicted of filing false income tax returns.

Prosecutors alleged that the federal judge failed to pay taxes on $106,000 in income he received in 1979 and 1980 for legal services performed prior to becoming a judge. Claiborne ultimately served 17 months of a two-year sentence before his release in 1987.

Judge Claiborne maintained his innocence, arguing that the charges were the result of a vendetta by federal prosecutors whom he ruled against in his courtroom. When Claiborne refused to resign after his conviction, the U.S. House of Representative began impeachment proceedings. Claiborne was subsequently impeached by the U.S. House of Representatives by a 406-to-0 vote. The four articles of impeachment included charges of tax evasion and bringing “disrepute” on the Federal court system.

Instead of the full Senate serving as a High Court of Impeachment, the Senate established a 12-member panel to conduct the trial. Relying on a never-before-used Senate rule adopted in 1935, the committee examined evidence, heard testimony, and presented its findings to the full Senate. During closing arguments, Claiborne’s counsel unsuccessfully argued that the use of a trial committee was unconstitutional. The full Senate voted convict Claiborne, marking the first time the Senate tried and convicted a federal official who had already been convicted in a criminal court. Claiborne was removed from office on October 9, 1986.