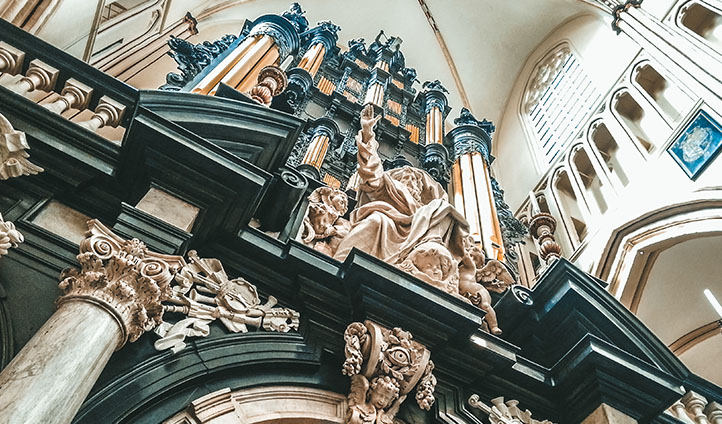 In Trinity Lutheran Church of Columbia, Inc. v. Carol S. Comer, Director, Missouri Department of Natural Resources, 582 U. S. ____ (2017), the U.S. Supreme Court held that the State of Missouri violated the U.S. Constitution’s Free Exercise Clause when it rejected a state grant application by the Trinity Lutheran Church of Columbia solely because it is a religious institution.

Trinity Lutheran Church (Trinity), which operates a pre-school and daycare center, applied for a state grant from the Missouri Scrap Tire Program to fund the installation of a rubber playground surface. The Missouri Department of Natural Resources (DNR) denied the grant application solely because Trinity is a church. In its denial, the DNR stated that “Article I, Section 7 of the Missouri Constitution specifically provides that ‘no money shall ever be taken from the public treasury, directly or indirectly, in aid of any church, section or denomination of religion.’”

The District Court dismissed the suit. It held that the Free Exercise Clause prohibits the government from outlawing or restricting the exercise of a religious practice, but it generally does not prohibit withholding an affirmative benefit on account of religion. In support, the court also cited Locke v. Davey, 540 U. S. 712, in which the Supreme Court upheld against a free exercise challenge a state’s decision not to fund degrees in devotional theology as part of a scholarship program.

A divided panel of the Eighth Circuit affirmed. The majority concluded that fact that the State could award a scrap tire grant to Trinity Lutheran without running afoul of the Establishment Clause of the Federal Constitution, did not mean that the Free Exercise Clause compelled the State to disregard the broader anti-establishment principle reflected in its own Constitution.

By a vote of 7-2, the Supreme Court reversed. It held that the Department’s policy “violated the rights of Trinity Lutheran under the Free Exercise Clause of the First Amendment by denying the Church an otherwise available public benefit on account of its religious status.” Chief Justice John Roberts, Jr. wrote on behalf of the majority.

“The consequence is, in all likelihood, a few extra scraped knees,” the Chief Justice wrote. “But the exclusion of Trinity Lutheran from a public benefit for which it is otherwise qualified, solely because it is a church, is odious to our Constitution all the same, and cannot stand.”

Justice Sonia Sotomayor authored a strongly-worded dissent, which was joined by Justice Ruth Bader Ginsburg. The dissenters argued the majority’s decision “weakens this country’s longstanding commitment to a separation of church and state beneficial to both.” As Justice Sotomayor further wrote, “If this separation means anything, it means that the government cannot, or at the very least need not, tax its citizens and turn that money over to houses of worship. The Court today blinds itself to the outcome this history requires and leads us instead to a place where the separation of church and state is a constitutional slogan, not a constitutional commitment.”