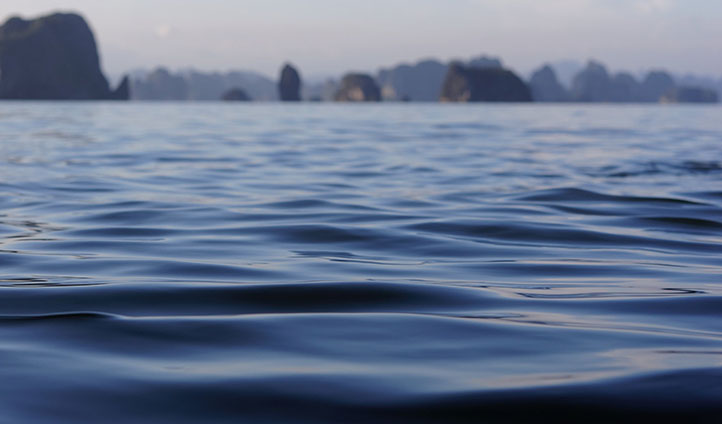 In Murr v Wisconsin, 582 U. S. ____ (2017), the U.S. Supreme Court upheld the Wisconsin Supreme Court’s ruling that two contiguous lots should be considered one parcel for the purposes of the government taking a case. In so ruling, the Court established a new test for determining the “private property” rights at issue in a takings case.

The Murr family owns two contiguous waterfront parcels known as Lot E and Lot F. A cabin was built on Lot F, while Lot E remains undeveloped. In 2004, the Murr family planned to sell investment Lot E, and use the proceeds to pay for improvements to the cabin. However, they learned from government officials that zoning regulations adopted in 1975 that required lots to be of a certain net size precluded the development of Lot E. Under a grandfather clause in the regulation, the property could still be developed if the lot “is in separate ownership from abutting lands.” Because the Murrs also owned the abutting parcel, Lot F, the exception did not apply. The ordinance also precluded the Murrs from selling Lot E to anyone else unless it was combined with Lot F.

After being denied a variance, the Murrs filed a complaint alleging an uncompensated taking of vacant Lot E. They alleged that without the ability to sell or develop the lot, it is economically useless. The Wisconsin Court of Appeals rejected the claim, finding there was no taking as a matter of law because “the Murrs’ property, viewed as a whole, retains beneficial and practical use as a residential lot.” In reaching its decision, the Wisconsin Court of Appeals relied on the Supreme Court’s “parcel as a whole” rule set forth in Penn Central Transp. Co. v. New York City, 438 U.S. 104 (1978). In that case, the Court held:

“Taking” jurisprudence does not divide a single parcel into discrete segments and attempt to determine whether rights in a particular segment have been entirely abrogated. In deciding whether a particular governmental action has effected a taking, this Court focuses rather both on the character of the action and on the nature and extent of the interference with rights in the parcel as a whole…

The five-member majority upheld the Wisconsin Court of Appeal’s decision to consider the parcels as a whole. “The State Court of Appeals was correct to analyze petitioners’ property as a single unit in assessing the effect of the challenged governmental action,” the Court held.

However, the majority created its own test for determining the relevant parcel in a government takings case. As Justice Anthony Kennedy explained:

First, courts should give substantial weight to the property’s treatment, in particular how it is bounded or divided, under state and local law. Second, courts must look to the property’s physical characteristics, including the physical relationship of any distinguishable tracts, topography, and the surrounding human and ecological environment. Third, courts should assess the property’s value under the challenged regulation, with special attention to the effect of burdened land on the value of other holdings.

Accordingly, the Court rejected the approaches advocated by the parties in the case, which the majority said did not “capture the central legal and factual principles informing reasonable expectations about property interests.” As Justice Kennedy explained:

Wisconsin would tie the definition of the parcel to state law, but it is also necessary to weigh whether the state enactments at issue accord with other indicia of reasonable expectations about property. Petitioners urge the Court to adopt a presumption that lot lines control, but lot lines are creatures of state law, which can be overridden by the State in the reasonable exercise of its power to regulate land.

Applying the multi-factor test set forth in its opinion, the majority concluded that the property should be evaluated as a single parcel consisting of Lots E and F together. In support, it cited the valid merger of the lots under state law, the contiguous nature of the lots, and the benefits of using the lots as one.

Chief Justice John Roberts, Jr. authored dissent, which joined by Justices Samuel Alito and Clarence Thomas. While they did not disagree with the majority’s ultimate decision, they opposed its new test “I would stick with our traditional approach: State law defines the boundaries of distinct parcels of land, and those boundaries should determine the ‘private property’ at issue in regulatory takings cases,” the Chief Justice wrote.