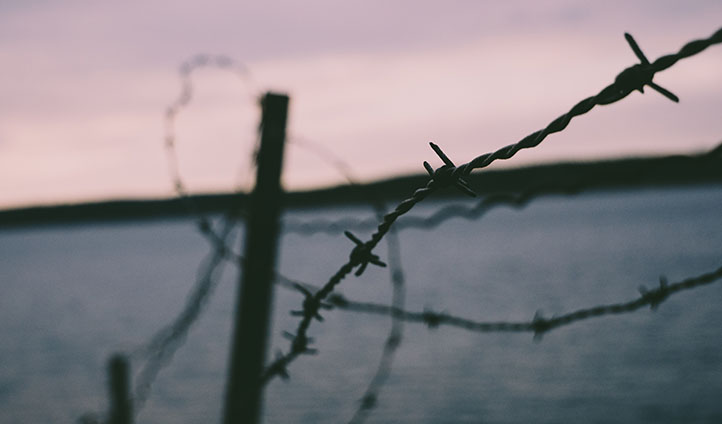 In a per curium opinion in Hernandez v Mesa, 582 U. S. ____ (2017), the U.S. Supreme Court vacated the judgment of the Court of Appeals for the Fifth Circuit and remanded the case for further proceedings. The closely-watched case involves the fatal shooting of a Mexican teenager by United States Border Patrol from across the U.S. border onto Mexican soil.

In 2010, fifteen-year-old Sergio Hernandez was playing with three friends in the concrete culvert separating El Paso, Texas and Juarez, Mexico when he was fatally shot by a U.S. Border Patrol agent. Hernandez, a Mexican citizen, was standing on Mexican soil when he was shot; meanwhile, the agent fired the shot from Texas. Six months after his death, Hernandez’s parents sued Agent Jesus Mesa, Jr. in federal district court in Texas, alleging that their son was shot without justification in violation of the Fourth and Fifth Amendments to the U.S. Constitution.

The United States District Court for the Western District of Texas granted Mesa’s motion to dismiss. On appeal, the Fifth Circuit held that the Fourth Amendment’s protection against excessive deadly force did not apply because Hernandez was a Mexican citizen with no “significant voluntary connection” to the United States. While the appeals court acknowledged that Mesa “showed a callous disregard for Hernandez’s Fifth Amendment rights by using excessive, deadly force when Hernandez was unarmed and presented no threat,” it held that such constitutional protections were not established in the case. “We hold unanimously that Agent Mesa has qualified immunity from this suit for a Fifth Amendment substantive due process violation because he did not violate any clearly established rights flowing from that Amendment,” the Fifth Circuit ruled.

The U.S. Supreme Court vacated the Fifth Circuit’s decision and remanded the case back to the federal appeals court. “Whether petitioners may recover damages for that loss in this suit depends on questions that are best answered by the Court of Appeals in the first instance,” the opinion states.

The justices first addressed whether Hernandez’s family may assert claims for damages against the agent under Bivens v. Six Unknown Fed. Narcotics Agents, 403 U. S. 388 (1971). In Bivens, the Court “recog­nized for the first time an implied right of action for dam­ ages against federal officers alleged to have violated a citizen’s constitutional rights.” Such an implied right of action, however, is not available where there are “special factors counselling hesitation in the absence of affirmative action by Congress.”

The Court recently clarified what constitutes a “special facto[r] counselling hesitation” in its decision in Ziglar v. Abbasi, 582 U. S. ____ (2017), concluding that the inquiry “must concentrate on whether the Judiciary is well suited, absent congressional action or instruction, to consider and weigh the costs and benefits of allowing a damages action to proceed.”

With regard to whether the shooting violated the victim’s Fourth Amendment rights, the justices again declined to address the issue. Emphasizing that the Fourth Amendment question “is sensitive and may have consequences that are far reach­ing,” the Court determined it “would be imprudent for this Court to resolve that issue when, in light of the intervening guidance provided in Abbasi, doing so may be unnecessary to resolve this particular case.”

Finally, the justices addressed whether the agent is entitled to qualified immunity on a claim that the shooting violated the victim’s Fifth Amendment rights. On this issue, the Court determined that the Fifth Circuit erred by relying on the fact that Hernandez was “an alien who had no significant voluntary connection to . . . the United States.” As noted by the Court, qualified immunity analysis thus is limited to “the facts that were knowable to the defendant officers” at the time they engaged in the conduct in question, and Hernandez’s nationality and the extent of his ties to the United States were unknown to Mesa at the time of the shooting.