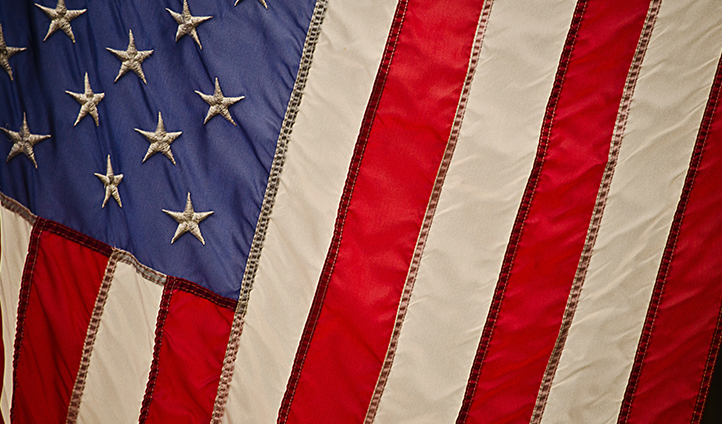 The U.S. Supreme Court has granted certiorari in yet another important First Amendment case. The issue in Minnesota Voters Alliance v Mansky is whether a Minnesota law, which broadly bans all political apparel at polling locations, violates the First Amendment.

A Minnesota election law (Minn. Stat. § 211B.ll) prohibits voters from wearing political badges, political buttons, or other political insignias at polling places. The statute broadly forbids any material “designed to influence and impact voting,” or “promoting a group with recognizable political views,” even when the apparel makes no reference to any issue or candidate on the ballot.

To help determine which materials were political, Minnesota election officials distributed an Election Day Policy with examples including: “Issue-oriented material designed to influence or impact voting” and “Material promoting a group with recognizable political views (such as the Tea Party, MoveOn.org, and so on).” Election judges were instructed to ask anyone wearing an item violating the Policy to remove or cover it. If a person refused, the election official should allow the person to vote, but record the person’s name and address for potential misdemeanor prosecution.

In 2010, Andrew Cilek was temporarily prevented from voting for wearing two items of political apparel. He wore a T-shirt that stated, “Don’t Tread on Me,” with a picture of the Gadsden Flag and a small Tea Party logo; and an Election Integrity Watch (EIW) button that stated “Please I.D. Me” with EIW’s website and phone number.

Minnesota Majority, Minnesota Voters Alliance, Minnesota Northstar Tea Party Patriots, and their association, Election Integrity Watch (EIW), subsequently sued the Minnesota Secretary of State and county election officials (Minnesota) to enjoin enforcement of the statute and declare it unconstitutional. EIW alleged that it was invalid—both facially and as-applied—under the First Amendment and violated their Equal Protection rights due to selective enforcement.

The district court dismissed the claims, and the Eighth Circuit affirmed. The federal appeals court held that the election law did not violate the overbreadth doctrine of the First Amendment. It held that even though the apparel did not belong to a “political party” or “endorse[] a candidate or ballot issue,” a blanket ban on such apparel was nonetheless a constitutional means to further the government’s interest in maintaining “peace, order, and decorum” at the polling place.

The Eighth Circuit decision aligns with prior rulings by the D.C. Circuit and the Fifth Circuit holding that the government has carte blanche to ban political speech near polling places. By contrast, the Fourth and Seventh Circuits recognize that, regardless of location, a total ban on all speech the government deems “political,” without any limiting principle, violates the First Amendment’s overbreadth doctrine.

Issues before the Court in Minnesota Voters Alliance v Mansky

The justices have agreed to consider the following question: “Is Minnesota Statute Section 211B.ll, which broadly bans all political apparel at the polling place, facially overbroad under the First Amendment?”

The groups challenging the statute argue that “speech-free zones” can’t be reconciled with the First Amendment’s Free Speech Clause. Meanwhile, Minnesota maintains that the law “is a reasonable method to ensure that the polling place is a location where citizens can exercise the right to vote without confusion, distraction or distress, and election officials can preserve the integrity and reliability of elections.”

The Court’s decision will likely have implications outside the state of Minnesota. Ten states impose political apparel bans, and all fifty states restrict political speech to some extent at polling places. Oral arguments are scheduled for February 28, 2018.