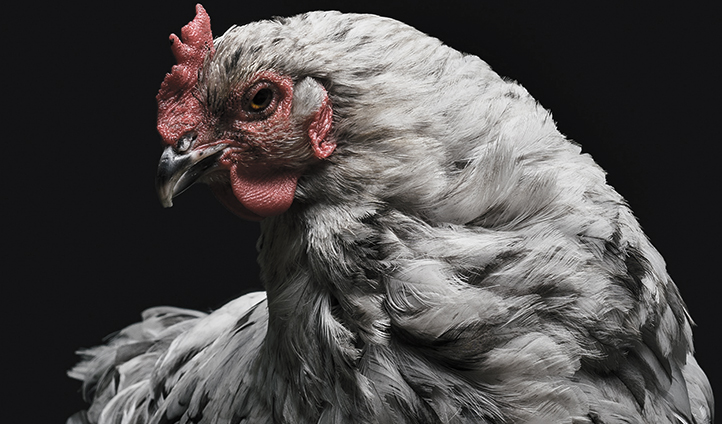 In ALA Schechter Poultry Corp v United States, 295 U.S. 495 (1935), the U.S. Supreme Court struck down provisions of the National Industrial Recovery Act (NIRA). According to the Court, the New Deal regulation violated the separation of powers as an unconstitutional delegation of legislative power to the executive branch. The justices further held that the provisions exceeded Congress’ power under the Commerce Clause.

Defendants, A. L. A. Schechter Poultry Corporation and Schechter Live Poultry Market, were engaged in the business of slaughtering chickens and selling them to retailers. They bought their fowls from commission men in a market where most of the supply was shipped in from other States, transported them to their slaughterhouses, and held them there for slaughter and local sale to retail dealers and butchers, who in turn sold directly to consumers. They were indicted for violating the requirements of a “Code of Fair Competition for the Live Poultry Industry of the Metropolitan Area in and about the City of New York,” approved by the President under § 3 of the National Industrial Recovery Act.

The alleged violations of the NIRA included: failure to observe in their place of business provisions fixing minimum wages and maximum hours for employees; permitting customers to select individual chickens from particular coops and half-coops; sale of an unfit chicken; sales without compliance with municipal inspection regulations and to slaughterers and dealers not licensed under such regulations; making false reports, and failure to make reports relating to range of daily prices and volume of sales.

In defending the charges, the defendants contended (1) that the Code had been adopted pursuant to an unconstitutional delegation by Congress of legislative power; (2) that it attempted to regulate intrastate transactions which lay outside the authority of Congress, and (3) that, in certain provisions, it was repugnant to the due process clause of the Fifth Amendment.

The Supreme Court struck down the NIRA. “The delegation of legislative power sought to be made to the President by § 3 of the National Industrial Recovery Act of June 16, 1933, is unconstitutional, and the Act is also unconstitutional, as applied in this case, because it exceeds the power of Congress to regulate interstate commerce and invades the power reserved exclusively to the States,” the Court held.

The Court unanimously held that Section 3 of NIRA was an unconstitutional delegation of legislative authority because it did not establish any rules, but simply authorized the President to do so. As Chief Justice Charles E. Hughes wrote:

Section 3 of the Recovery Act is without precedent. It supplies no standards for any trade, industry or activity. It does not undertake to prescribe rules of conduct to be applied to particular states of fact determined by appropriate administrative procedure. Instead of prescribing rules of conduct, it authorizes the making of codes to prescribe them. For that legislative undertaking, § 3 sets up no standards, aside from the statement of the general aims of rehabilitation, correction and expansion described in section one. In view of the scope of that broad declaration, and of the nature of the few restrictions that are imposed, the discretion of the President in approving or prescribing codes, and thus enacting laws for the government of trade and industry throughout the country, is virtually unfettered. We think that the code-making authority this conferred is an unconstitutional delegation of legislative power.

The Court further held that the statute violated the Commerce Clause, holding that the activities of the defendants were beyond the reach of the federal government. In reaching its decision, the Court distinguished between direct and indirect effects on interstate commerce. As the Chief Justice explained:

If the commerce clause were construed to reach all enterprise and transactions which could be said to have an indirect effect upon interstate commerce, the federal authority would embrace practically all the activities of the people, and the authority of the State over its domestic concerns would exist only by sufferance of the federal government. Indeed, on such a theory, even the development of the State’s commercial facilities would be subject to federal control.

Notably, in later cases involving New Deal legislation, the Court would expand the reach of the Commerce Clause.