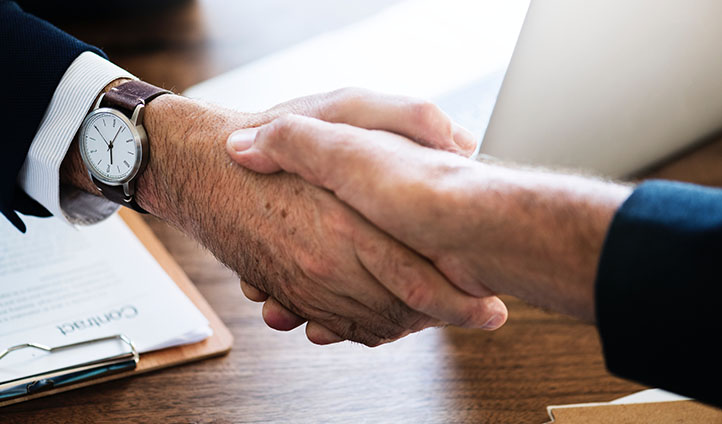 In Brown v Legal Foundation of Washington, 538 U.S. 216 (2003), the U.S. Supreme Court held that the use of interest on lawyers’ trust accounts to pay for legal services provided to the needy did not constitute a state taking in violation of the Just Compensation Clause of the Fifth Amendment.

Every state uses interest on lawyers’ trust accounts (IOLTA) to pay for legal services for the needy. In promulgating rules establishing Washington’s program, the State Supreme Court required that: (a) all client funds be deposited in interest-bearing trust accounts, (b) funds that cannot earn net interest for the client be deposited in an IOLTA account, (c) lawyers direct banks to pay the net interest on the IOLTA accounts to the Legal Foundation of Washington (Foundation), and (d) the Foundation use all such funds for tax-exempt law-related charitable and educational purposes.

The court subsequently made its IOLTA Rules applicable to Limited Practice Officers (LPOs), nonlawyers who are licensed to act as escrowees in real estate closings. Petitioners, who have funds that are deposited by LPOs in IOLTA accounts, and others sought to enjoin the state from continuing this requirement, alleging that the taking of the interest earned on their funds in IOLTA accounts violates the Just Compensation Clause of the Fifth Amendment, and that the requirement that client funds be placed in such accounts is an illegal taking of the beneficial use of those funds.

The District Court granted respondents summary judgment, concluding that petitioners could not make any net returns on the interest accrued in the accounts and, if they could, the funds would not be subject to the IOLTA program. The court further held that the constitutional issue focused on what an owner has lost, not what the taker has gained, and that petitioners had lost nothing. While the case was on appeal, the Supreme Court decided in Phillips v. Washington Legal Foundation, 524 U. S. 156 (1998) that interest generated by funds held in IOLTA accounts is the private property of the owner of the principal.

Relying on that case, a Ninth Circuit panel held that Washington’s program caused an unconstitutional taking of petitioners’ property and remanded the case for a determination whether they are entitled to just compensation. On reconsideration, the en banc Ninth Circuit affirmed the District Court’s judgment, reasoning that, under the ad hoc approach applied in Penn Central Transp. Co. v. New York City, 438 U. S. 104 (1978) there was no taking because petitioners had suffered neither an actual loss nor an interference with any investment-backed expectations, and that if there were such a taking, the just compensation due was zero.

By a vote of 5-4, the Court held that there was no violation of the Takings Clause. Justice John Paul Stevens wrote on behalf of the majority.

The Court held that a state law requiring that client funds that could not otherwise generate net earnings for the client be deposited in an IOLTA account is not a “regulatory taking.” However, it also found that a law requiring that the interest on those funds be transferred to a different owner for a legitimate public use could be a per se taking requiring the payment of “just compensation” to the client.

This Court’s consistent and unambiguous holdings support the conclusion that the “just compensation” required by the Fifth Amendment is measured by the property owner’s loss rather than the government’s gain. Applying the teachings of such cases to the question here, it is clear that neither petitioner is entitled to any compensation for the nonpecuniary consequences of the taking of the interest on his deposited funds, and that any pecuniary compensation must be measured by his net losses rather than the value of the public’s gain. Thus, if petitioners’ net loss was zero, the compensation that is due is also zero.

Justice Antonin Scalia authored a dissent, which was joined by Chief Justice William H. Rehnquist and Justices Anthony M. Kennedy and Clarence Thomas. The dissenters maintained that the majority decision created an exception to the Court’s general rule that the just compensation owed to former owners of confiscated property is the property’s fair market value.