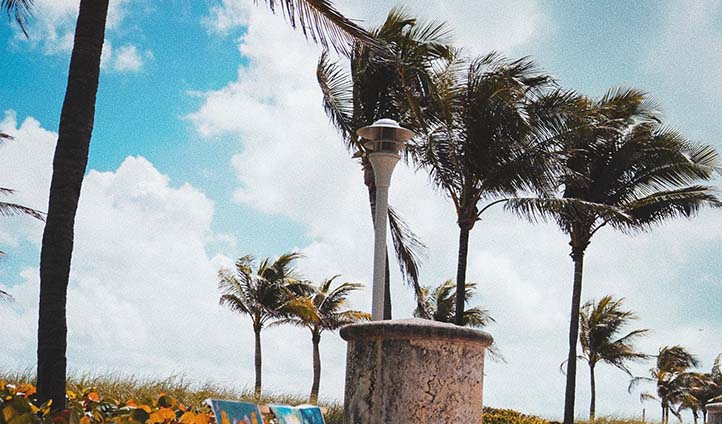 In Stop the Beach Renourishment v Florida Department of Environmental Protection, 560 U.S. 702 (2010), the U.S. Supreme Court held that the State of Florida did not violate the Takings Clause of the U.S. Constitution when it reversed the state’s longstanding precedent that littoral rights are constitutionally protected.

Florida owns in trust for the public the land permanently submerged beneath navigable waters and the foreshore. As explained by the Supreme Court, the high-water line is the ordinary boundary between private beachfront, or littoral property, and state-owned land. Littoral owners have rights to have access to the water, to use the water for certain purposes, to have an unobstructed view of the water, and to receive accretions and relictions (collectively, accretions) to the littoral property. An accretion occurs gradually and imperceptibly, while a sudden change is an avulsion.

Under Florida common law, the littoral owner automatically takes title to dry land added to his property by accretion. With avulsion, however, the seaward boundary of the littoral property remains what it was: the mean high-water line before the event. Thus, when an avulsion has added new land, the littoral owner has no right to subsequent accretions, because the property abutting the water belongs to the owner of the seabed (ordinarily the State).

In 1961, Florida enacted the Beach and Shore Preservation Act, which established procedures for depositing sand on eroded beaches (restoration) and maintaining the deposited sand (nourishment). When such a project is undertaken, the State entity that holds title to the seabed sets a fixed “erosion control line” to replace the fluctuating mean high-water line as the boundary between littoral and state property. Once the new line is recorded, the common law ceases to apply. Thereafter, when accretion moves the mean high-water line seaward, the littoral property remains bounded by the permanent erosion-control line.

The city of Destin and Walton County sought permits to restore 6.9 miles of beach eroded by several hurricanes, adding about 75 feet of dry sand seaward of the mean high-water line (to be denominated the erosion-control line). A nonprofit corporation formed by owners of beachfront property bordering the project (hereinafter Members) brought an unsuccessful administrative challenge. After the Florida Department of Environmental Protection approved the permits, they filed suit.

The State Court of Appeal concluded that the Department’s order had eliminated the Members’ littoral rights (1) to receive accretions to their property and (2) to have their property’s contact with the water remain intact. Concluding that this would be an unconstitutional taking and would require an additional administrative requirement to be met, it set aside the order, remanded the proceeding, and certified to the Florida Supreme Court the question whether the Act unconstitutionally deprived the Members of littoral rights without just compensation. The State Supreme Court upheld that statute, concluding that the Members did not own the property allegedly taken. In seeking a rehearing, the Members argued that the Florida Supreme Court’s decision affected a taking of the Members’ littoral rights contrary to the Fifth and Fourteenth Amendments. After the request was denied, the Members appealed to the U.S. Supreme Court.

By a vote of 8-0, the Supreme Court upheld the decision of Florida’s highest court. “There can be no taking unless the petitioner can show that, before the Florida Supreme Court’s decision, littoral property owners had rights to future accretions and to contact with the water superior to the State’s right to fill in its submerged land,” Justice Antonin Scalia wrote. “That showing cannot be made.”

Two core Florida property-law principles intersect here. First, the State as owner of the submerged land adjacent to littoral property has the right to fill that land, so long as it does not interfere with the rights of the public and of littoral landowners. Second, if an avulsion exposes land seaward of littoral property that had previously been submerged, that land belongs to the State even if it interrupts the littoral owner’s contact with the water. Prior Florida law suggests that there is no exception to this rule when the State causes the avulsion. Thus, Florida law as it stood before the decision below allowed the State to fill in its own seabed, and the resulting sudden exposure of previously submerged land was treated like an avulsion for ownership purposes. The right to accretions was therefore subordinate to the State’s right to fill.

Justice Scalia, joined by Chief Justice Roberts, Justice Clarence Thomas, and Justice Samuel Alito, further concluded that if a court declares that what was once an established right of private property no longer exists, it has taken that property in violation of the Takings Clause. “The Clause is not addressed to the action of a specific branch or branches. It is concerned simply with the act, not with the governmental actor,” Justice Scalia wrote. “This Court’s precedents provide no support for the proposition that takings effected by the judicial branch are entitled to special treatment, and in fact suggest the contrary.”

The other justices did not agree that it was necessary for the Court to address judicial takings. Justice Kennedy wrote separately, concurring in part and in the judgment. He was joined by Justice Sotomayor. Justice Breyer concurred in part and in the judgment, and he was joined by Justice Ginsburg. In their opinions, the justices argued that because the Florida Supreme Court’s decision did not constitute a taking, there was no reason to address the broader question of whether a judicial decision can ever constitute a taking.