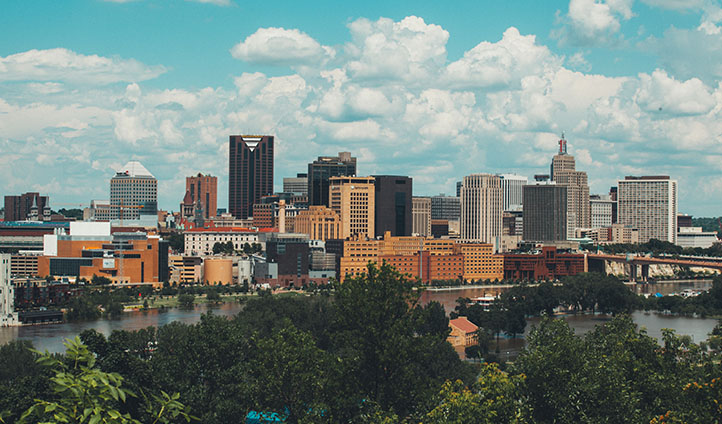 In Minnesota Voters Alliance v Mansky, 585 U. S. ____ (2018), the U.S. Supreme Court struck down Minnesota’s ban on political apparel at polling places. According to the Court, the state law violates the First Amendment’s free speech clause.

Minnesota law prohibits individuals, including voters, from wearing a “political badge, political button, or other political insignias” inside a polling place on Election Day. This “political apparel ban” covers articles of clothing and accessories with political insignia upon them. State election judges have the authority to decide whether a particular item falls within the ban. Violators are subject to a civil penalty or prosecution for a petty misdemeanor.

Days before the November 2010 election, petitioner Minnesota Voters Alliance (MVA) and other plaintiffs challenged the ban in Federal District Court on First Amendment grounds. In response to the lawsuit, the State distributed an Election Day Policy to election officials providing guidance on enforcement of the ban. The Election Day Policy specified examples of prohibited apparel to include items displaying the name of a political party, items displaying the name of a candidate, items supporting or opposing a ballot question, “[i]ssue oriented material designed to influence or impact voting,” and “[m]aterial promoting a group with recognizable political views.”

On Election Day, petitioner Andrew Cilek was allegedly turned away from the polls for wearing a “Please I.D. Me” button and a T-shirt bearing the words “Don’t Tread on Me” and a Tea Party Patriots logo. MVA and the other plaintiffs argued that the ban was unconstitutional both on its face and as applied to their particular items of apparel. The District Court granted the State’s motion to dismiss, and the Eighth Circuit affirmed the dismissal of the facial challenge and remanded the case for further proceedings on the as-applied challenge. The District Court granted summary judgment to the State on the as-applied challenge, and the Eighth Circuit affirmed. MVA, Cilek, and petitioner Susan Jeffers (collectively MVA) petitioned for review of their facial First Amendment claim only.

In reaching its decision, the Court noted that a polling place in Minnesota qualifies as a nonpublic forum under the Court’s precedents. As such it may be subject to content-based restrictions on speech so long as the restrictions are “reasonable and not an effort to suppress expression merely because public officials oppose the speaker’s view.” The Court also agreed that the State may reasonably decide that the interior of the polling place should reflect the distinction between voting and campaigning. However, in this case, it concluded that Minnesota’s law was far too vague. As the Chief Justice explained:

But the line the State draws must be reasonable. The State therefore must be able to articulate some sensible basis for distinguishing what may come in from what must stay out. The unmoored use of the term “political” in the Minnesota law, combined with hap-hazard interpretations the State has provided in official guidance and representations to this Court, cause Minnesota’s restriction to fail this test.

According to the Court, by failing to the create clear standards, the State was undermining its own interests in maintaining a polling place free of distraction and disruption. “Would a ‘Support Our Troops’ shirt be banned, if one of the candidates or parties had expressed a view on military funding or aid for veterans? What about a ‘#MeToo’ shirt, referencing the movement to increase awareness of sexual harassment and assault?”

Notably, the Court emphasized that laws restricting political apparel at polling places will not always run afoul of the First Amendment. “[I]f a State wishes to set its polling places apart as areas free of partisan discord, it must employ a more discernible approach than the one offered by Minnesota here,” the Chief Justice advised.