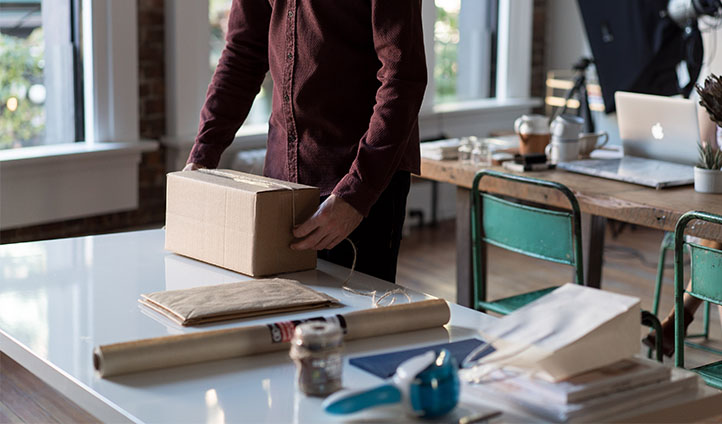 The U.S. Supreme Court dramatically altered the country’s E-commerce landscape with its decision in South Dakota v Wayfair, 585 U. S. ____ (2018). By a narrow majority, the Court held that internet retailers can be required to collect sales taxes even in states where they have no physical presence.

In Quill v. North Dakota 504 U.S. 298 (1992), the justices held that state laws requiring retailers that do not have a physical presence in the state to collect a use tax run afoul of the Commerce Clause. The Court specifically held that a mail-order house with no physical presence in North Dakota could not be required to collect and remit use tax to that state for “property purchased for storage, use, or consumption within the State.” The Court reasoned that a bright-line rule requiring physical presence in the state was necessary because it “encourage[d] settled expectations and . . . foster[ed] investment by businesses and individuals.”

In 2016, South Dakota enacted a law requiring businesses to collect state sales taxes if they sell more than $100,000 of goods inside the state each year or sold tangible personal property, any product transferred electronically, or services for delivery into South Dakota in 200 or more separate transactions, regardless if they have a physical presence in the state.

Several of the country’s top online retailers, including Wayfair, Inc., with no employees or real estate in South Dakota, each meet the Act’s minimum sales or transactions requirement, but do not collect the State’s sales tax. South Dakota filed suit in state court, seeking a declaration that the Act’s requirements are valid and applicable to the companies. The state also sought an injunction requiring the online retailers to register for licenses to collect and remit the sales tax. The companies sought summary judgment, arguing that the Act is unconstitutional. The trial court granted their motion.

The South Dakota Supreme Court struck down the law. “Quill remains the controlling precedent on the issue of Commerce Clause limitations on interstate collection of sales and use taxes,” the court wrote. “We are mindful of the Supreme Court’s directive to follow its precedent when it ‘has direct application in a case’ and to leave to that Court ‘the prerogative of overruling its own decisions.’”

According to the majority, the physical presence rule of Quill is an “unsound and incorrect” interpretation of the Commerce Clause. As Justice Kennedy explained:

The physical presence rule has long been criticized as giving out-of-state sellers an advantage. Each year, it becomes further removed from economic reality and results in significant revenue losses to the States. These critiques underscore that the rule, both as first formulated and as applied today, is an incorrect interpretation of the Commerce Clause.

In support of its decision, the Court emphasized that the Internet revolution has “made Quill’s original error all the more egregious and harmful.” The majority also noted that forty-one states, two territories, and the District of Columbia had asked the Court to reject Quill’s test.

“In effect, Quill has come to serve as a judicially created tax shelter for businesses that decide to limit their physical presence and still sell their goods and services to a state’s consumers—something that has become easier and more prevalent as technology has advanced,” Justice Kennedy wrote. “This Court should not prevent states from collecting lawful taxes through a physical presence rule that can be satisfied only if there is an employee or a building in the state.”

Chief Justice John Roberts authored a dissenting opinion in which Justices Stephen Breyer, Sonia Sotomayor, and Elena Kagan joined. “E-commerce has grown into a significant and vibrant part of our national economy against the backdrop of established rules, including the physical-presence rule,” Roberts wrote. “Any alteration to those rules with the potential to disrupt the development of such a critical segment of the economy should be undertaken by Congress.”

“The Court is, of course, correct that the nation’s economy has changed dramatically since the time that Bellas Hess and Quill roamed the earth,” Roberts added. “I fear the Court today is compounding its past error by trying to fix it in a totally different era. … I would let Congress decide whether to depart from the physical-presence rule that has governed this area for half a century.”