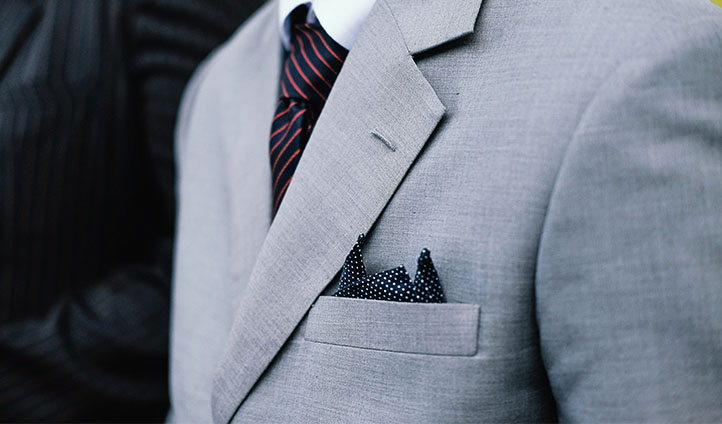 The Appointments Clause is set forth in Article II, Section 2, Clause 2. It states:

… and [the President] shall nominate, and by and with the Advice and Consent of the Senate, shall appoint Ambassadors, other public Ministers and Consuls, Judges of the supreme Court, and all other Officers of the United States, whose Appointments are not herein otherwise provided for, and which shall be established by Law: but the Congress may by Law vest the Appointment of such inferior Officers, as they think proper, in the President alone, in the Courts of Law, or in the Heads of Departments.

As set forth above, the Appointments Clause divides constitutional officers into two categories. Principal officers must be appointed through the advice and consent procedure. Meanwhile, Congress may place the appointment authority to appoint inferior officers in the President alone, in the Courts of Law, or in the Heads of Departments.

The Supreme Court has addressed several provisions of the Appointments Clause. In United States v. Germaine, 99 U. S. 508 (1879), the Court held that to qualify as an officer, rather than an employee, an individual must occupy a “continuing” position established by law. In Buckley v. Valeo, the Supreme Court further clarified that only those appointees “exercising significant authority pursuant to the laws of the United States” are “Officers of the United States.” In Edmond v. United States, 520 U.S. 651 (1997), the Court held that “‘inferior Officers’ are officers whose work is directed and supervised at some level by others who were appointed by Presidential nomination with the advice and consent of the Senate.”

In Freytag v. Commissioner of Internal Revenue, 501 U. S. 868 (1991), the Court applied the above framework to “special trial judges” (STJs) of the United States Tax Court. STJs could issue the final decision of the Tax Court in “comparatively narrow and minor matters.” In more major matters, they could preside over the hearing but could not issue a final decision. Instead, they were to “prepare proposed findings and an opinion” for a regular Tax Court judge to consider. The Court held that STJs are officers under the Appointments Clause, citing the significance of the duties and discretion that STJs possess.

The Securities and Exchange Commission (SEC or Commission) has statutory authority to enforce the nation’s securities laws. One way it can do so is by instituting an administrative proceeding against an alleged wrongdoer. Typically, the Commission delegates the task of presiding over such a proceeding to an administrative law judge (ALJ). The SEC currently has five ALJs. Other staff members, rather than the Commission, selected them all. An ALJ assigned to hear an SEC enforcement action has the “authority to do all things necessary and appropriate” to ensure a “fair and orderly” adversarial proceeding. After a hearing ends, the ALJ issues an initial decision. The Commission can review that decision, but if it opts against review, it issues an order that the initial decision has become final. The initial decision is then “deemed the action of the Commission.”

The SEC charged Raymond Lucia with violating certain securities laws and assigned ALJ Cameron Elliot to adjudicate the case. Following a hearing, Judge Elliot issued an initial decision concluding that Lucia had violated the law and imposing sanctions. On appeal to the SEC, Lucia argued that the administrative proceeding was invalid because Judge Elliot had not been constitutionally appointed. According to Lucia, SEC ALJs are “Officers of the United States” and thus subject to the Appointments Clause. Under that Clause, only the President, “Courts of Law,” or “Heads of Departments” can appoint such “Officers.” But none of those actors had made Judge Elliot an ALJ. The SEC and the Court of Appeals for the D. C. Circuit rejected Lucia’s argument, holding that SEC ALJs are not “Officers of the United States,” but are instead mere employees— officials with lesser responsibilities who are not subject to the Appointments Clause.

By a vote of 6-2, the Supreme Court held that SEC ALJs are “Officers of the United States,” subject to the Appointments Clause. Justice Elena Kagan wrote on behalf of the majority.

In reaching its decision, the Court relied largely on its prior decision in Freytag. “Freytag’s analysis decides this case,” Justice Kagan wrote. As she further explained:

The Commission’s ALJs, like the Tax Court’s STJs, hold a continuing office established by law. SEC ALJs “receive[ ] a career appointment,” 5 CFR §930.204(a), to a position created by statute, see 5 U.S.C. §§556–557, 5372, 3105. And they exercise the same “significant discretion” when carrying out the same “important functions” as STJs do. Freytag, 501 U. S., at 882. Both sets of officials have all the authority needed to ensure fair and orderly adversarial hearings—indeed, nearly all the tools of federal trial judges. The Commission’s ALJs, like the Tax Court’s STJs, “take testimony,” “conduct trials,” “rule on the admissibility of evidence,” and “have the power to enforce compliance with discovery orders.” Id., at 881–882. So point for point from Freytag’s list, SEC ALJs have equivalent duties and powers as STJs in conducting adversarial inquiries.

Justice Kagan further noted that the Commission’s ALJs issue initial decisions containing factual findings, legal conclusions, and appropriate remedies just like STJs. “And what happens next reveals that the ALJ can play the more autonomous role,” she explained. “In a major Tax Court case, a regular Tax Court judge must always review an STJ’s opinion, and that opinion comes to nothing unless the regular judge adopts it. By contrast, the SEC can decide against reviewing an ALJ’s decision, and when it does so the ALJ’s decision itself ‘becomes final’ and is ‘deemed the action of the Commission.’”

To cure the constitutional error, the Supreme Court held that another ALJ or the Commission itself must hold a new hearing. “In this case, that official cannot be Judge Elliot, even if he has by now received a constitutional appointment,” Justice Kagan wrote. “Having already both heard Lucia’s case and issued an initial decision on the merits, he cannot be expected to consider the matter as though he had not adjudicated it before.”

Notably, the justices declined to address whether the statutory restrictions on removing the Commission’s ALJs are constitutional, which was first raised by the government on appeal to the Court. “The government’s merits brief now asks us again to address the removal issue. We once more decline,” Kagan wrote in a footnote. “No court has addressed that question, and we ordinarily await ‘thorough lower court opinions to guide our analysis of the merits.’”