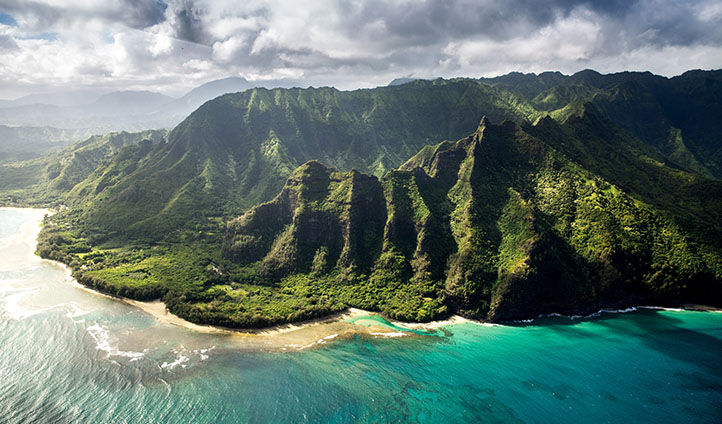 In Trump v Hawaii, 585 U.S. ____ (2018), a divided U.S. Supreme Court held that President Donald Trump lawfully exercised the broad discretion granted to him under the Immigration and Nationality Act to suspend the entry of certain immigrants into the United States. This was the third time that the Court had considered the Trump Administration’s so-called “travel ban.”

Under the Immigration and Nationality Act (INA), foreign nationals seeking entry into the United States must complete a vetting process that includes numerous requirements for admission. The Act also authorizes the President to restrict the entry of aliens whenever he finds that their entry “would be detrimental to the interests of the United States.”

In September 2017, the President relied on the authority to issue Proclamation No. 9645, seeking to improve vetting procedures for foreign nationals traveling to the United States by identifying ongoing deficiencies in the information needed to assess whether nationals of particular countries present a security threat. The Proclamation placed entry restrictions on the nationals of eight foreign states whose systems for managing and sharing information about their nationals the President deemed inadequate. Foreign states were selected for inclusion based on a review undertaken pursuant to one of the President’s earlier Executive Orders.

As part of that review, the Department of Homeland Security (DHS), in consultation with the State Department and intelligence agencies, developed an information and risk assessment “baseline.” DHS then collected and evaluated data for all foreign governments, identifying those having deficient information-sharing practices and presenting national security concerns, as well as other countries “at risk” of failing to meet the baseline. After a 50-day period during which the State Department made diplomatic efforts to encourage foreign governments to improve their practices, the Acting Secretary of Homeland Security concluded that eight countries—Chad, Iran, Iraq, Libya, North Korea, Syria, Venezuela, and Yemen—remained deficient. She recommended entry restrictions for certain nationals from all of those countries but Iraq, which had a close cooperative relationship with the U.S. She also recommended including Somalia, which met the information-sharing component of the baseline standards but had other special risk factors, such as a significant terrorist presence.

After consulting with his Cabinet, the President adopted the recommendations and issued the Proclamation. It stated that certain restrictions were necessary to “prevent the entry of those foreign nationals about whom the United States Government lacks sufficient information” and “elicit improved identity-management and information-sharing protocols and practices from foreign governments.” The Proclamation imposes a range of entry restrictions that vary based on the “distinct circumstances” in each of the eight countries. It exempts lawful permanent residents and provides case-by-case waivers under certain circumstances. It also directs DHS to assess on a continuing basis whether the restrictions should be modified or continued and to report to the President every 180 days. At the completion of the first such review period, the President determined that Chad had sufficiently improved its practices, and he accordingly lifted restrictions on its nationals.

Plaintiffs—the State of Hawaii, three individuals with foreign relatives affected by the entry suspension, and the Muslim Association of Hawaii—argue that the Proclamation violates INA and the Establishment Clause. The District Court granted a nationwide preliminary injunction barring enforcement of the restrictions. The Ninth Circuit affirmed, concluding that the Proclamation contravened two provisions of the INA: §1182(f), which authorizes the President to “suspend the entry of all aliens or any class of aliens” whenever he “finds” that their entry “would be detrimental to the interests of the United States,” and §1152(a)(1)(A), which provides that “no person shall . . . be discriminated against in the issuance of an immigrant visa because of the person’s race, sex, nationality, place of birth, or place of residence.” The court did not reach the Establishment Clause claim.

By a vote of 5-4, the Supreme Court reversed. “The Proclamation is squarely within the scope of presidential authority under the INA [Immigration and Nationality Act],” Chief Justice John Roberts wrote. He was joined by Justices Anthony Kennedy, Clarence Thomas, Samuel Alito and Neil Gorsuch.

The majority rejected the argument that the President’s anti-Muslim animus was behind the policy in violation of the First Amendment’s prohibition against government establishment of religion. “The Proclamation is expressly premised on legitimate purposes: preventing entry of nationals who cannot be adequately vetted and inducing other nations to improve their practices,” the Chief Justice wrote. “The text says nothing about religion.”

In reaching its decision, the majority placed little value on President Trump’s controversial tweets about the travel ban. According to the majority, “The issue before us is not whether to denounce the statements.” The Chief Justice added: “It is instead the significance of those statements in reviewing a Presidential directive, neutral on its face, addressing a matter within the core of executive responsibility. In doing so, we must consider not only the statements of a particular President but also the authority of the Presidency itself.”

Justices Stephen Breyer, Elena Kagan, Sonia Sotomayor and Ruth Bader Ginsburg dissented. In her dissent, Justice Kagan compared the majority decision to Koremtasu v. United States, which the Chief Justice condemned in his own opinion. “By blindly accepting the government’s misguided invitation to sanction a discriminatory policy motivated by animosity toward a disfavored group, all in the name of a superficial claim of national security, the Court redeploys the same dangerous logic underlying Korematsu and merely replaces one ‘gravely wrong’ decision with another,” Kagan wrote.