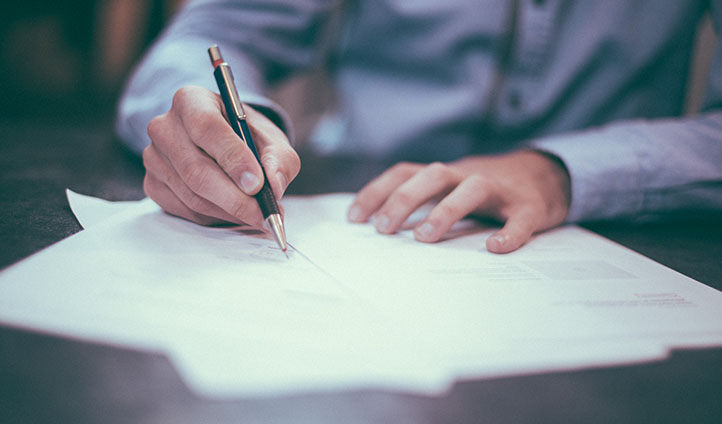 The Supreme Court addressed the Constitution’s Contracts Clause for the first time in 25 years in Sveen v Melin, 584 U. S. ____ (2018). By a vote of 8-1, the Court held that the retroactive application of Minnesota’s revocation-on-divorce statute, which automatically nullifies an ex-spouse’s beneficiary designation on a life insurance policy or other will substitute, does not violate the Contracts Clause.

The Contracts Clause restricts the power of States to disrupt contractual arrangements. Article I, §10 specifically states that “[n]o state shall . . . pass any . . . Law impairing the Obligation of Contracts.” While the Contract Clause was incorporated into the Constitution to address legislation enacted after the Revolutionary War to relieve debtors of their obligations to creditors, not all laws affecting pre-existing contracts violate the Clause.

To determine when such a law violates the Contracts Clause, the Supreme Court has adopted a two-step test. The threshold issue is whether the state law has “operated as a substantial impairment of a contractual relationship.” Allied Structural Steel Co. v. Spannaus, 438 U. S. 234, (1978). In answering that question, the Court has considered the extent to which the law undermines the contractual bargain, interferes with a party’s reasonable expectations, and prevents the party from safeguarding or reinstating his rights. If such factors show a substantial impairment, the inquiry turns to the means and ends of the legislation. In particular, the Court has asked whether the state law is drawn in an “appropriate” and “reasonable” way to advance “a significant and legitimate public purpose.” Energy Reserves Group, Inc. v. Kansas Power & Light Co., 459 U. S. 400 (1983).

In 2002, Minnesota enacted a statute providing that “the dissolution or annulment of a marriage revokes any revocable . . . beneficiary designation . . . made by an individual to the individual’s former spouse.” Under the statute, if one spouse has made the other the beneficiary of a life insurance policy or similar asset, their divorce automatically revokes that designation so that the insurance proceeds will instead go to the contingent beneficiary or the policyholder’s estate upon his death, based on the rationale that the policy- holder would want that result.

Mark Sveen and respondent Kaye Melin were married in 1997. The next year, Sveen purchased a life insurance policy, naming Melin as the primary beneficiary and designating his two children from a prior marriage, petitioners Ashley and Antone Sveen, as contingent beneficiaries. The Sveen-Melin marriage ended in 2007, but the divorce decree made no mention of the insurance policy and Sveen took no action to revise his beneficiary designations. After Sveen passed away in 2011, Melin and the Sveen children made competing claims to the insurance proceeds. The Sveens argued that under Minnesota’s revocation-on-divorce law, their father’s divorce canceled Melin’s beneficiary designation, leaving them as the rightful recipients. Melin claimed that because the law did not exist when the policy was purchased and she was named as the primary beneficiary, applying the later-enacted law to the policy violates the Constitution’s Contracts Clause. The District Court awarded the insurance money to the Sveens. However, the Eighth Circuit reversed, holding that the retroactive application of Minnesota’s law violates the Contracts Clause.

The Supreme Court reversed, holding that the retroactive application of Minnesota’s statute does not violate the Contracts Clause. Justice Elena Kagan wrote on behalf of the eight-member majority.

According to the majority, Minnesota’s law “does not substantially impair pre-existing contractual arrangements.” Accordingly, it does not run afoul of the Contracts Clause. “First, the statute is designed to reflect a policyholder’s intent—and so to support, rather than impair, the contractual scheme,” Justice Kagan wrote. “Second, the law is unlikely to disturb any policyholder’s expectations because it does no more than a divorce court could always have done. And third, the statute supplies a mere default rule, which the policyholder can undo in a moment.”

Justice Neil Gorsuch was the Court’s lone dissenter. He argued that “the law before us cannot survive an encounter with even the breeziest of Contracts Clause tests.” Gorsuch further maintained the majority’s interpretation of the Clause “seems hard to square with the Constitution’s original public meaning.” He added: “After all, the Constitution does not speak of ‘substantial’ impairments—it bars ‘any’ impairment.”