SCOTUS Kicks Off Term with Oral Arguments in Six Cases 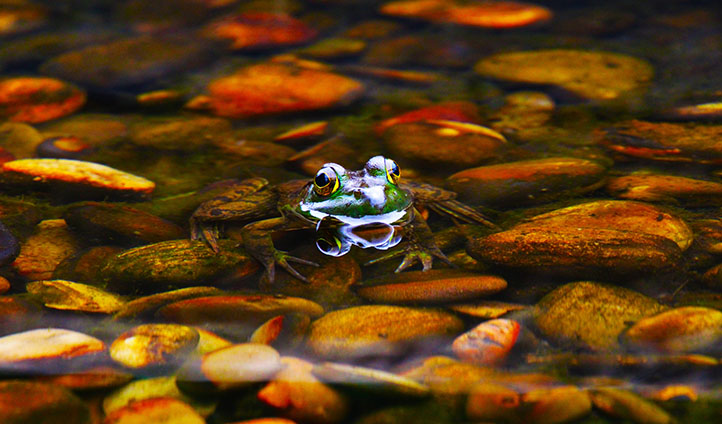 The U.S. Supreme Court returned to the bench this week, with oral arguments in six cases. The issues before the justices ranged from federal takings claims to endangered animals. Below is a brief summary of the cases:

Weyerhaeuser Company v. United States Fish and Wildlife Service: The case centers on a tiny frog that has been declared endangered under the Endangered Species Act. The statute requires the Secretary of the Interior to “designate any habitat of such species which is then considered to be critical habitat.” “Critical habitat” may include areas “occupied by the species,” as well as “areas outside the geographical area occupied by the species” that are determined to be “essential for the conservation of the species.” The Fish and Wildlife Service designated as critical habitat of the endangered dusky gopher frog a 1500- acre tract of private land that concededly contains no dusky gopher frogs and cannot provide habitat for them absent a radical change in land use because it lacks features necessary for their survival. A divided Fifth Circuit panel upheld the designation. The Supreme Court will decide the following questions: (1) Whether the Endangered Species Act prohibits designation of private land as unoccupied critical habitat that is neither habitat nor essential to species conservation; and (2) whether an agency decision not to exclude an area from critical habitat because of the economic impact of designation is subject to judicial review.

Mount Lemmon Fire District v. Guido: The Age Discrimination in Employment Act (ADEA) defines certain private and public entities as “employers” and prohibits them from discriminating against employees because of their age. The Act applies to private entities only if they had “twenty or more employees for each working day in each of twenty or more calendar weeks in the current or preceding calendar year.”The justices must resolve a circuit split regarding whether the same 20-employee minimum that applies to private employers also applies to political subdivisions of a state, as the U.S. Courts of Appeals for the 6th, 7th, 8th and 10th Circuits have held, or whether the ADEA applies instead to all state political subdivisions of any size, as the U.S. Court of Appeals for the 9th Circuit held in this case.

Gundy v. States: Under the nondelegation doctrine, Congress can’t transfer its power to legislate to another branch of government. The Sex Offender Registration and Notification Act (SORNA) requires convicted sex offenders to register with every jurisdiction in which they reside, work or study, as well as in the jurisdiction in which they were convicted. The statute authorized the U.S. Attorney General to “specify the applicability” of SORNA’s registration requirement to “sex offenders convicted before” SORNA’s enactment. The question before the Court is whether the delegation of authority to the attorney general to issue regulations under 42 U.S.C. § 16913 violates the nondelegation doctrine.

Madison v. Alabama: The Supreme Court’s first death penalty case centers on the execution of a prisoner of questionable competency. The justices have agreed to answer the following questions: (1) Whether, consistent with the Eighth Amendment, and the Supreme Court’s decisions in Ford v. Wainwright and Panetti v. Quarterman, a state may execute a prisoner whose mental disability leaves him with no memory of his commission of the capital offense; and (2) whether evolving standards of decency and the Eighth Amendment’s prohibition of cruel and unusual punishment bar the execution of a prisoner whose competency has been compromised by vascular dementia and multiple strokes causing severe cognitive dysfunction and a degenerative medical condition that prevents him from remembering the crime for which he was convicted or understanding the circumstances of his scheduled execution

Knick v. Township of Scott, Pennsylvania: The case will determine where a plaintiff may file a takings claim alleging of the Fifth Amendment. In Williamson County Regional Planning Commission v. Hamilton Bank, the Supreme Court held that “if a State provides an adequate procedure for seeking just compensation, the property owner cannot claim a violation of the Just Compensation Clause until it has used the procedure and been denied just compensation.” The Court must now decide the following: (1) Whether the Supreme Court should reconsider the portion of Williamson County that requires property owners to exhaust state court remedies to ripen federal takings claims; and (2) whether Williamson County’s ripeness doctrine bars review of takings claims that assert that a law causes an unconstitutional taking on its face, as the U.S. Courts of Appeals for the 3rd, 6th, 9th and 10th Circuits hold, or whether facial claims are exempt from Williamson County, as the U.S. Courts of Appeals for the 1st, 4th and 7th Circuits hold

Prime Inc. v. Oliveira: Arbitration remains a hot topic. This time around, the justices have been asked to clarify the applicability of Section 1 of the Federal Arbitration Act (FAA), which provides that the FAA does not apply “to contracts of employment of seamen, railroad employees, or any other class of workers engaged in foreign or interstate commerce.” The specific issues before the Court are: (1) Whether a dispute over applicability of the FAA’s Section 1 exemption is an arbitrability issue that must be resolved in arbitration pursuant to a valid delegation clause; and (2) whether the FAA’s Section 1 exemption, which applies on its face only to “contracts of employment,” is inapplicable to independent contractor agreements.