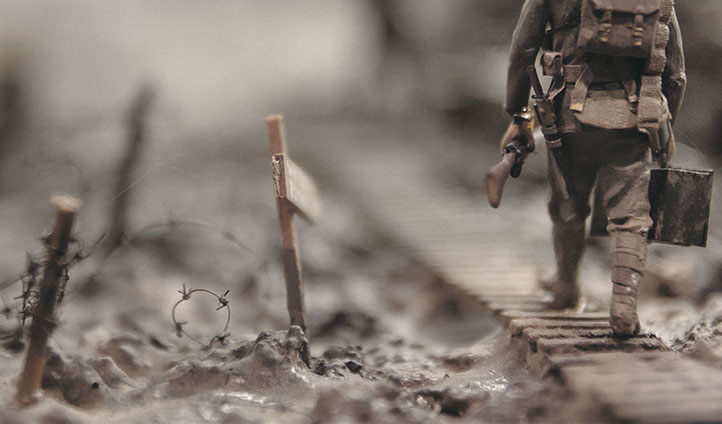 In Schenck v United States, 249 U.S. 47 (1919), the U.S. Supreme Court unanimously upheld enforcement of the Espionage Act of 1917 during World War I. The case is most well-known for Justice Oliver Wendell Holmes, Jr.’s articulation of the “clear and present danger” standard.

Charles Schenck and Elizabeth Baer served on the Executive Committee of the Socialist Party in Philadelphia. Under Schenck’s oversight, the executive committee authorized the dissemination of more than 15,000 fliers to men slated for conscription during World War I.

One side of the flier recited the first section of the Thirteenth Amendment, said that the idea embodied in it was violated by the Conscription Act, and that a conscript is little better than a convict. In impassioned language, it intimated that conscription was despotism in its worst form, and a monstrous wrong against humanity in the interest of Wall Street’s chosen few. While the document stated, “Do not submit to intimidation,” it advocated peaceful measures, such as a petition for the repeal of the act.

The other side of the sheet was headed “Assert Your Rights.” It stated reasons for alleging that anyone violated the Constitution when he refused to recognize “your right to assert your opposition to the draft,” and went on to say: “If you do not assert and support your rights, you are helping to deny or disparage rights which it is the solemn duty of all citizens and residents of the United States to retain.”

Based on the document’s content and dissemination, Schenck and Baer were convicted of violating Section 3 of the Espionage Act of 1917. They both challenged their convictions all the way to the Supreme Court, arguing that the enforcement of the Espionage Act violated the First Amendment.

The Court unanimously held that the Espionage Act did not run afoul of the First Amendment. Justice Holmes wrote on behalf of the unanimous Court.

While the Court recognized that the statements may be protected under the First Amendment, it also highlighted that the context matters. “We admit that, in many places and in ordinary times, the defendants, in saying all that was said in the circular, would have been within their constitutional rights,” Justice Holmes explained. “But the character of every act depends upon the circumstances in which it is done.

Justice Holmes went on to articulate a standard for determining when free speech protections apply:

The most stringent protection of free speech would not protect a man in falsely shouting fire in a theatre and causing a panic. […] The question in every case is whether the words used are used in such circumstances and are of such a nature as to create a clear and present danger that they will bring about the substantive evils that Congress has a right to prevent.

The Court further reasoned that the federal government should be afforded great deference in times of war. “When a nation is at war, many things that might be said in time of peace are such a hindrance to its effort that their utterance will not be endured so long as men fight, and that no Court could regard them as protected by any constitutional right,” Justice Holmes wrote.