Oral Arguments in Six Cases Include Hovercrafts and Lethal Injection 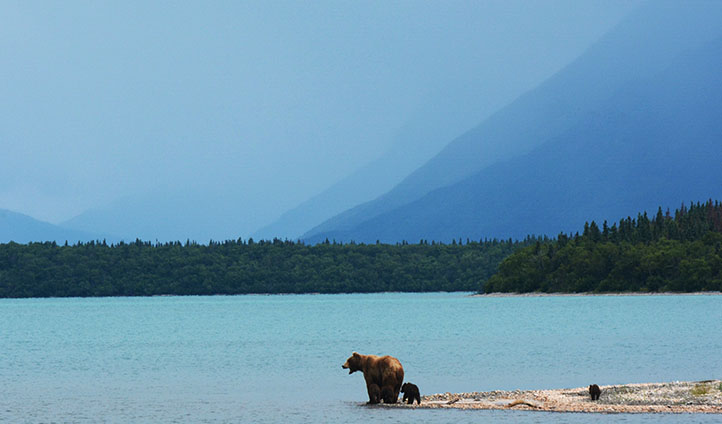 The U.S. Supreme Court heard oral arguments in six cases this week. The issues before the justices were extremely varied, ranging from whether hovercrafts should be allowed on Alaska conservation land to whether medical condition makes lethal injection a “cruel and ” in violation of theEighth Amendment.

Sturgeon v. Frost: This is the second time the Court has considered whether hovercrafts should be allowedin the Yukon-Charley Rivers National Preserve conservation system unit. The specific question before the Court this time is: “Whether the Alaska National Interest Lands Conservation Act prohibits the National Park Service from exercising regulatory control over State, Native Corporation, and private land physically located within the boundaries of the National Park System in Alaska.”

Virginia Uranium, Inc. v. Warren: The preemption case involves mining of uranium, specifically whether a 1983 Virginia law imposing a moratorium on uranium mining is preempted by the Atomic Energy Act (AEA). In PacificGas & Elec. Co. v. State Energy Res. Conservation & Dev. Comm’n, 461 U.S. 190, 212 (1983), the Supreme Court held that the AEA “occupie[s] the entire field of nuclear safety concerns.” In accordance with Supreme Court precedent, the TenthCircuit has held that “a state cannot use its authority” over activities indisputably subject to State regulation as a pretextual “means of regulating radiological hazards” arising from activities entrusted by the AEA to the Nuclear Regulatory Commission (NRC). In contrast, the Fourth Circuit held that so long as a challenged state law “does not [on its face]purport to regulate an activity within the [AEA]’s reach,” courts may not”conduct a pretext analysis” to “decipher whether the legislature was motivated” by radiological safety concerns.” The question before the Supreme Court is: “Does the AEA preempt a state law that on its face regulates an activity within its jurisdiction (here uranium mining),but has the purpose and effect of regulating the radiological safety hazards of activities entrusted to the NRC (here, the milling of uranium and the management of the resulting tailings)?”

Bucklew v. Precythe: The death penalty case s the potential lethal injection of a capital defendant with a rare medical condition. The justices have agreed to address the following issues: (1) Whether a court evaluating an as-applied challenge to a state’s method of execution based on an inmate’s rare and severe medical condition should assume that medical personnel are competent to manage his condition and that procedure will go as intended; (2) whether evidence comparing a state’s method of execution with an alternative proposed by an inmate must be offered via a single witness, or whether a court at summary judgment must look to the record as a whole to determine whether a factfinder could conclude that the two methods significantly differ in the risks they pose to the inmate; (3) whether the Eighth Amendment requires an inmate to prove an adequate alternative method of execution when raising an as-applied challenge to the state’s proposed method of execution based on his rare and severe medical condition; and (4) whether petitioner Russell Bucklew met his burden under Glossip v.Gross, 576U. S. ____ (2015), to prove whatprocedures would be used to administer his proposed alternative method ofexecution, the severity and duration of pain likely to be produced, and howthey compare to the state’s method of execution.

BNSF Railway Company v. Loos: The Railroad Retirement Tax Act of 1937 imposes taxes on “compensation” paid by railroads to their workers. The statutedefines“compensation” as “any form of money remuneration paid to an individual for services rendered as an employee to one or more employers.”The question the justices must decide is “[w]hether a railroad’s payment to an employee for time lost from work is subject to employment taxes under the Railroad Retirement Tax Act.”

Republic of Sudan v. Harrison: The closely-watched case involves how foreign defendants must be served in legal proceedings, an has divided the federal courts of appeal. The Court has agreed to consider the following question: “Whether the Second Circuit erred by holding -in direct conflict with the D.C., Fifth, and Seventh Circuits and in the face of an amicus brief from the United States – that plaintiffs suing a foreign state under the Foreign Sovereign Immunities Act may serve the foreign state under 28 U.S.C § 1608(a)(3)by mail addressed and dispatched to the head of the foreign state’s ministry of foreign affairs “via” or in “care of” the foreign state’s diplomatic mission in the United States, despite U.S. obligations under the Vienna Convention on Diplomatic Relations to preserve mission inviolability.”

Culbertson v. Berryhill:The case also involves a circuit split. This time the issue is the cap onattorneys’ fees for successful Social Security disability claimants. The Courthas agreed to determine “[w]hether fees subject to 42 U.S.C. § 406(b)’s25-percent cap related to the representation of individuals claiming SocialSecurity benefits include, as the U.S. Courts of Appeals for the 6th, 9th, and10th Circuits hold, only fees for representation in court or, as the U.S.Courts of Appeals for the 4th, 5th, and 11th Circuits hold, also fees forrepresentation before the agency.”