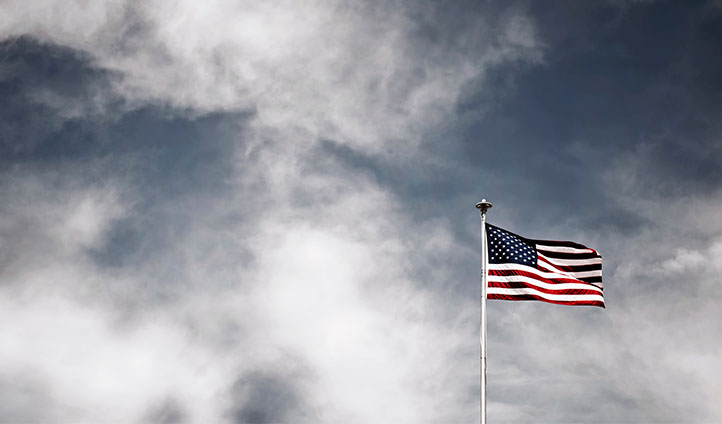 Justice Ruth Bader Ginsburg missed oral arguments this week as she recovers from surgery to remove cancerous growths from her lungs. She will, however, still participate in the cases by reading the briefs and transcripts of oral arguments.

The remaining justices heard oral arguments in six cases. One the cases, Knick v. Township of Scott, Pennsylvania, was already argued earlier this term. The case, which involves when property owners who allege that a local government has taken their property can bring a lawsuit in federal court, was scheduled for reargument to address a legal theory raised in the footnote of a brief and briefly raised during the first oral argument. The central issue this time around was whether a local government’s “refusal to guarantee compensation at the time of the invasion renders it ‘without just compensation’ and immediately actionable as an unconstitutional taking.”

Below is a brief summary of the other cases:

Rimini Street Inc. v. Oracle USA Inc.: The case asks the Court to determine what costs are available to the prevailing party in a copyright suit. The question presented is: “Whether the Copyright Act’s allowance of “full costs,” 17 U.S.C. § 505, to a prevailing party is limited to taxable costs under 28 U.S.C. §§ 1920 and 1821, as the U.S. Courts of Appeals for the 8th and 11th Circuits have held, or whether the act also authorizes non-taxable costs, as the U.S. Court of Appeals for the 9th Circuit held.”

Home Depot U.S.A. Inc. v. Jackson: The case revolves around when class-action lawsuit may be removed to federal court. The two specific issues before the Court are: 1) Whether, under the Class Action Fairness Act – which permits “any defendant” in a state-court class action to remove the action to federal court if it satisfies certain jurisdictional requirements – an original defendant to a class-action claim that was originally asserted as a counterclaim against a co-defendant can remove the class action to federal court if it otherwise satisfies the jurisdictional requirements of the Class Action Fairness Act; and (2) whether the Supreme Court’s holding in Shamrock Oil & Gas Co. v. Sheets — that an original plaintiff may not remove a counterclaim against it — extends to third-party counterclaim defendants.

Azar v. Allina Health Services: The Department of Health and Human Services (HHS) must utilize notice-and-comment rulemaking to promulgate rules, requirements, or statements of policy that “establish[] or change[]” a “substantive legal standard” governing payment for services under the Medicare Act. The question before the justices is: “Whether 42 U.S.C. § 1395hh(a)(2) or § 1395hh(a)(4) required the Department of Health and Human Services to conduct notice-and-comment rulemaking before providing the challenged instructions to a Medicare administrative contractor making initial determinations of payments due under Medicare.”

Tennessee Wine & Spirits Retailers Association v. Blair: The Court considered its first 21st Amendment case in more than a decade. The specific issue is: “Whether the 21st Amendment empowers states, consistent with the dormant commerce clause, to regulate liquor sales by granting retail or wholesale licenses only to individuals or entities that have resided in-state for a specified time.”