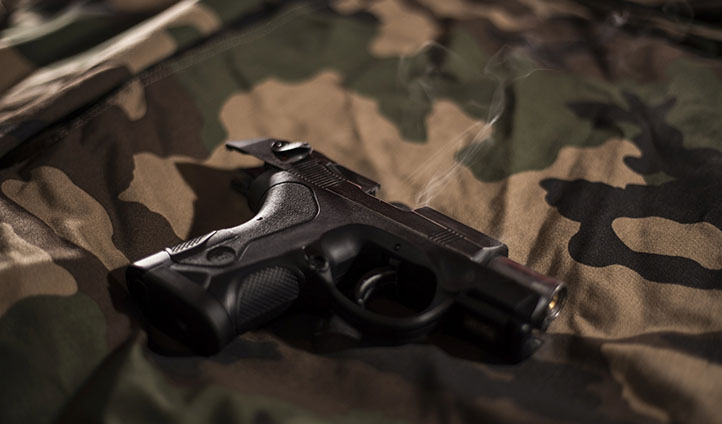 The U.S. Supreme Court has agreed to hear its first major Second Amendment case in a decade. The case, New York State Rifle & Pistol Association vCity of New York, involves a New York City gun-control law that prohibitstransporting a licensed, locked and unloaded handgun to a home or shooting range outside city limits.

New York City prohibits city residents from possessing a handgun without a license. The only license the City makes available to most residents is a “premises” license that allows its holder to possess her handgun only in her home or en route to one of seven shooting ranges within the city.

The plaintiffs sought to remove handguns from the licensed premises for the purposes of going to shooting ranges and engaging in target practice outside New York City. Another plaintiff also sought to transport his handgun to a second home in upstate New York. These plaintiffs, along with the New York State Rifle & Pistol Association, filed suit in the Southern District of New York, seeking a declaration that the restrictions imposed by the gun control law were unconstitutional and an injunction against its enforcement.

The district court determined that the rule “merely regulates rather than restricts the right to possess a firearm in the home and is a minimal, or at most, modest burden on the right.” The Second Circuit Court of Appeals affirmed. Applying intermediate scrutiny, the court held: “The burdens imposed by the Rule do not substantially affect the exercise of core Second Amendment rights, and the Rule makes a contribution to an important state interest in public safety substantial enough to easily justify the insignificant and indirect costs it imposes on Second Amendment interests.”

Arguments Before the Supreme Court

The Supreme Court has agreed to consider the following question: “Whether the City’s ban on transporting a licensed, locked, and unloaded handgun to a home or shooting range outside city limits is consistent with the Second Amendment, the Commerce Clause, and the constitutional right to travel.”

The plaintiffs argue that the Second Circuit’s decision forces them to choose between their constitutional right to travel or their right to keep and bear arms. “While this court has declared that the right to bear arms is not ‘a second-class right,’ many local governments and lower courts continue to treat it as such,” former U.S. solicitor general Paul Clement argued on their behalf. “Indeed, though the city’s bizarre transport ban is one of a kind, it is exemplary of a broader push by local governments to restrict Second Amendment rights through means that would never fly in any other constitutional context.”

Meanwhile, New York City officials defend the travel restriction. “Unlike golf clubs and musical instruments,firearms present public safety risks that the city has a legitimate interest in protecting against,” they told the court. “Limiting their possession and use in public minimizes the risk of gun violence.”

Arguments aren’t likely be held until the court’s next term, which starts in October.