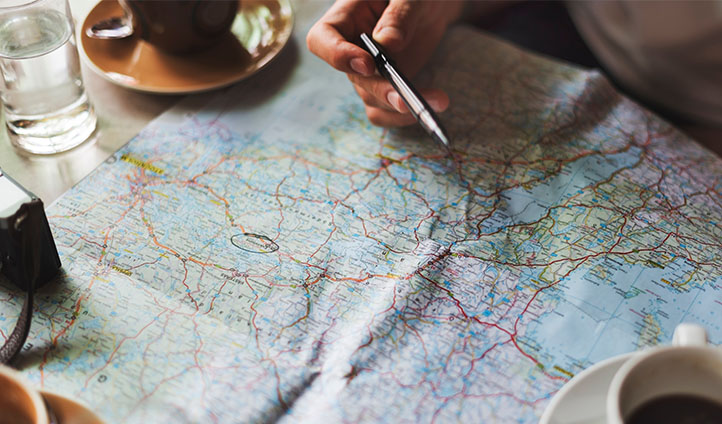 While the Court has previously been unable to come up with a workable standard to determine when partisan gerrymandering runs afoul of the U.S. Constitution, the composition of the Court is different this time around.  How the high court decides these cases is likely to be instructive to everyone involved in the upcoming round of redistricting in the fifty states.

The Supreme Court has consistently held that racial gerrymanders are unconstitutional; however, it has failed to establish a legal standard for determining when redistricting maps drawn to favor a particular political party should be deemed illegal.

In Davis v. Bandemer, 478 U. S. 109 (1986), the Supreme Court held that the courts could consider political gerrymandering claims after the majority concluded that it was “not persuaded that there are no judicially discernible and manageable standards by which political gerrymander cases are to be decided.”

In Vieth v. Jubelirer, 541 U.S. 267 (2004), the Court reversed course when a four-member plurality held that political gerrymandering claims are nonjusticiable because no judicially discernible and manageable standards for adjudicating such claims exist. Over the past several years, the Supreme Court has managed to sidestep several partisan gerrymandering claims. Most recently, in Gill v. Whitford, 585 U. S. ____ (2018), the Court ruled that the plaintiffs failed to demonstrate Article III standing because they had not shown any specific and individualized injury to their right to vote.

The plaintiffs, a group of Republican voters, filed a complaint in the U.S. District Court for the District of Maryland challenging the congressional redistricting plan enacted by the Maryland General Assembly following the 2010 Census. The suit alleged that the district plan was a partisan gerrymander in violation of the right to representation guaranteed by Article 1, Section 2 of the U.S. Constitution and theprotection of political association under the First Amendment.

The case has already been before the Court twice. Last term, the Supreme Court issued a per curiam decision holding that the three-judge district court’s denial of the injunction was not improper. However, the justices failed to reach the issue of the gerrymandering. On remand a second time, the district court ruled that the redistricting map violated the Constitution, setting up the current Supreme Court appeal.

This time around, the Supreme Court has agreed to consider the following questions:

In case in which the plaintiffs allege that a Maryland congressional district was gerrymandered to retaliate against them for their political views: (1) whether the various legal claims articulated by the three-judge district court are unmanageable; (2) whether the three-judge district court erred when, in granting plaintiffs’ motion for summary judgment, it resolved disputes of material fact as to multiple elements of plaintiffs’ claims, failed to view the evidence in the light most favorable to the non-moving party, and treated as “undisputed” evidence that is the subject of still-unresolved hearsay and other evidentiary objections; and (3) whether the three-judge district court abused its discretion in entering an injunction despite the plaintiffs’ years-long delay in seeking injunctive relief, rendering the remedy applicable to at most one election before the next decennial census necessitates another redistricting.

Common Cause challenges a map that benefited Republicans, allowing the party to win ten of thirteen districts after the redistricting took effect. The plaintiffs allege that the map constitutes a partisan gerrymander in violation of Article I of the Constitution, the First Amendment, and the Equal Protection Clause of the Fourteenth Amendment.

While Gill v. Whitford was pending before the Supreme Court, a three-judge district court invalidated North Carolina’s 2016 congressional districting map as a partisan gerrymander. After deciding Gill, the Supreme Court vacated that decision and remanded for further consideration in light of Gill.

On remand, the district court concluded that the plaintiffs had standing, holding:

[We] conclude that, under the test set forth in Gill, at least one Plaintiff registered to vote in each of the thirteen districts in the 2016 Plan has standing to assert an Equal Protection challenge to each of those districts. In particular, such Plaintiffs introduced evidence establishing that each of their districts is ‘packed or cracked’ and, as a result, that their votes ‘carry less weight than [they] would carry in another, hypothetical district.’ We further conclude that Gill did not call into question — and, if anything, supported — this Court’s previous determination that Plaintiffs have standing to assert partisan gerrymandering claims under Article I and the First Amendment.

Legislative Defendants drew a plan designed to subordinate the interests of non-Republican voters not because they believe doing so advances any democratic, constitutional, or public interest, but because, as the chief legislative mapdrawer openly acknowledged, the General Assembly’s Republican majority ‘think[s] electing Republicans is better than electing Democrats.’ But that is not a choice the Constitution allows legislative mapdrawers to make. Rather, ‘those who govern should be the last people to help decide who should govern.’ Indeed, ‘the core principle of [our] republican government [is] that the voters should choose their representatives, not the other way around.

On appeal, the Supreme Court has agreed to consider the following questions:

Oral arguments in both cases are scheduled for March 26, 2019. A decision is expected before the term ends in June. We encourage readers to check back for updates.