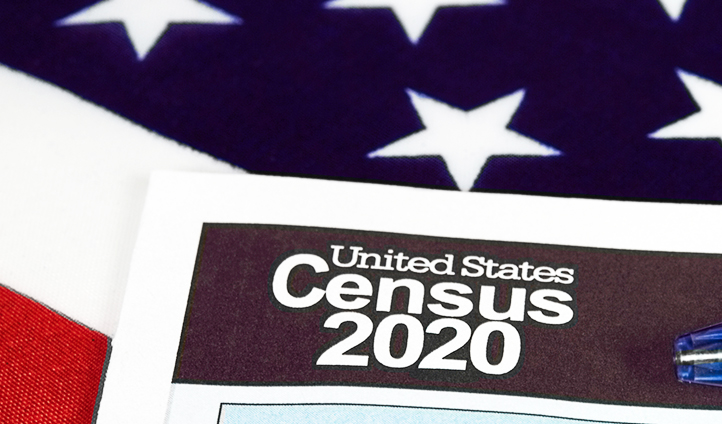 The U.S. Supreme Court had a busy week, with oral arguments in seven cases. These will be last cases the justices will hear this term, with the remainder of their time largely devoted to deciding cases and issuing opinions.

The most closely-watched case was New York v. United States Dep’t of Commerce, which challenges the Commerce Department’s decision to add a citizenship question to the 2020 Census. The justices must now decide whether the Department’s decision violates the U.S. Constitution and/or the Administrative Procedure Act.

Below is a brief summary of the other cases before the Court:

Food Marketing Institute v. Argus Leader Media: The Freedom of Information Act (FOIA) case ask the justices to clarify the meaning of the term “confidential.” The specific questions before the Court include: (1) Whether the statutory term “confidential” in FOIA’s Exemption 4 bears its ordinary meaning, thus requiring the government to withhold all “commercial or financial information” that is confidentially held and not publicly disseminated—regardless of whether a party establishes substantial competitive harm from disclosure—which would resolve at least five circuit splits; and (2) whether, in the alternative, if the Supreme Court retains the substantial-competitive-harm test, that test is satisfied when the requested information could be potentially useful to a competitor, as the U.S. Courts of Appeals for the 1st and 10th Circuits have held, or whether the party opposing disclosure must establish with near certainty a defined competitive harm like lost market share, as the U.S. Courts of Appeals for the 9th and District of Columbia Circuits have held, and as the U.S. Court of Appeals for the 8th Circuit required here.

Fort Bend County, Texas v. Davis: Title VII of the Civil Rights Act of 1964 requires plaintiffs to exhaust claims of employment discrimination with the Equal Employment Opportunity Commission (EEOC) before filing suit in federal court. The Court must now decide the following question: “Whether Title VII’s administrative exhaustion requirement is a jurisdictional prerequisite to suit, as three Circuits have held, or a waivable claim-processing rule, as eight Circuits have held.”

Mitchell v. Wisconsin: The Fourth Amendment case involves the constitutionality of state laws allowing blood test of unconscious drivers without a warrant. State appellate courts have sharply divided on whether such laws violate the Fourth Amendment. The specific question before the Court is: “Whether a statute authorizing a blood draw from an unconscious motorist provides an exception to the Fourth Amendment warrant requirement.” The Court’s decision will have wide-spread implications given that 29 states have laws that authorize warrantless blood draws from drunk driving suspects who are unconscious.

Rehaif v. United States: The Court’s final immigration case of the term involves firearms possession. Under federal law, persons of various statuses are prohibited from “possess[ing] in or affecting commerce, any firearm or ammunition.” One such status is being an alien “illegally or unlawfully in the United States.” The penalty for violating 18 U.S.C. § 922(g) is found in 18 U.S.C. § 924, which provides “Whoever knowingly violates subsection …(g) …of section 922 shall be fined, …imprisoned, …or both. The Supreme Court has been asked to decide: “Whether the ‘knowingly’ provision of § 924(a)(2) applies to both the possession and status elements of a § 922(g) crime, as has been urged by then-Judge, now Justice Gorsuch, or whether it applies only to the possession element, as has been held by the courts.”

Quarles v. United States: The case centers on when an unlawful trespass turns into a burglary. The specific issue before the Court is: Whether Taylor v. United States’ definition of generic burglary requires proof that intent to commit a crime was present at the time of unlawful entry or first unlawful remaining, as two circuits hold; or whether it is enough that the defendant formed the intent to commit a crime at any time while “remaining in” the building or structure, as the court below and three other circuits hold.

Taggart v. Lorenzen: The bankruptcy case involves when a creditor may be held in contempt. According to the Ninth Circuit, a “creditor’s good faith belief that the [Bankruptcy Code’s] discharge injunction does not apply…precludes a finding of contempt,” even if the creditor acted “unreasonbl[y ]” in violating a debtor’s rights. Three other courts of appeals, two bankruptcy appellate panels, and dozens of lower courts hold that the Code authorizes relief for discharge violations, irrespective of a creditor’s good faith: “‘the focus of the court’s inquiry in civil contempt proceedings is not on the subjective beliefs or intent of the alleged contemnors in complying with the order, but whether in fact their conduct complied with the order at issue.”‘ The justices must now resolve the circuit split and determine whether, under the Bankruptcy Code, a creditor’s good-faith belief that the discharge injunction does not apply precludes a finding of civil contempt.